Birth of a musical renaissance 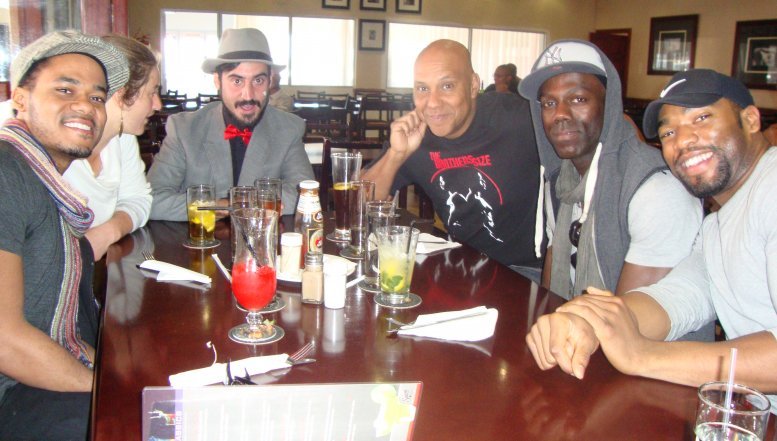 The Nuff Said Kollektive and House of Nsako have created a platform where established music legends will pass on the cultural baton to youngsters through the newly launched aJazzMe, an African Art and Jazz Meander.

The aJazzMe meander was officially launched at Nambitha’s Restaurant in Soweto and this has led to continuous and fortnightly concerts at other venues in Soweto, Braamfontein, Melville, Sophiatown and Tshwane.

The aJazzMe concerts will take place bi-monthly at small and medium-sized venues in and around Gauteng initially, but as the concept gathers momentum, the project will eventually be rolled out to all nine music-loving provinces, says the project Executive Producer, Sifiso Ntuli.

The Nuff Said Kollektive and House of Nsako have created a platform where established music legends will pass on the cultural baton to youngsters through aJazzMe, an African Art and Jazz Meander.

He says they have identified a number of easily accessible venues throughout the country that are located within or in close proximity of cultural hubs, so that they can complement any other cultural activities that maybe taking place at the same time. “These will be bolstered by other concurrent cultural events and attendees can enjoy ease of access to all these various cultural meanders courtesy of Rishile Tours and Transport.”

Supported by the Department of Arts and Culture as part of their Mzansi Golden Economy Strategy, aJazzMe is a multi-faceted initiative that aims - through a reliable and sustainable touring circuit in the cultural and tourism sectors - to provide a much-needed national link between up-and-coming artists and relevant venues.

“AJazzMe, an African Art and Jazz meander is poised to give birth to a musical renaissance,” adds Ntuli.