Is Africa the drunken continent? 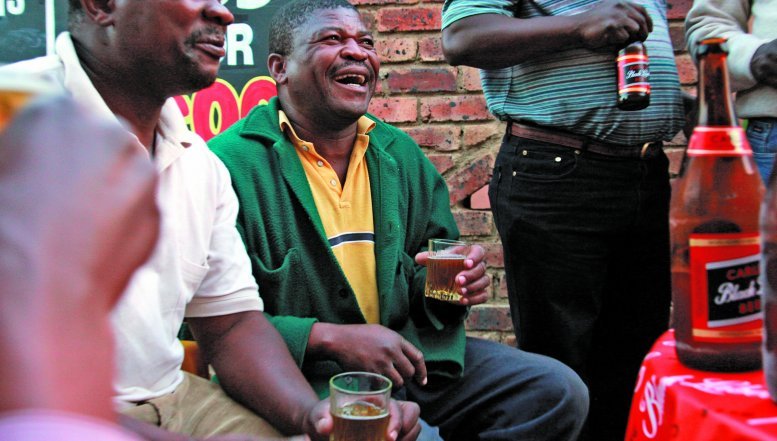 An article published recently in Time magazine website claimed: “Africa has a drinking problem”. Do Africans drink too much? Data shows that the drinking habits of Africa’s 55 countries are extremely varied. And the majority of Africans don’t drink at all. Researched by Kate Wilkinson

“Africa has a drinking problem”, a recent article by Timesays, and “is in no shape to cope with an influx of alcohol”. Furthermore, it warned, “alcoholism is on the rise as beverage multinationals circle”.

But how true is the claim that Africa has an alcohol problem and can it be applied to a continent of 55 countries with varied drinking patterns? A reader, Gcobani Qambela, asked the fact-checking organisation Africa Check to investigate.

An article published recently in Time magazine website claimed: “Africa has a drinking problem”. Do Africans drink too much? Data shows that the drinking habits of Africa’s 55 countries are extremely varied.

The article cites the World Health Organisation’s (WHO) 2011 Global Status Report on Alcohol and Health. The WHO report looks at “global, regional and country consumption of alcohol, patterns of drinking, health consequences and policy respons.

How much does Africa drink?

WHO measured per capita alcohol consumption in litres of pure alcohol and included people aged 15 years or older. This incorporated both regulated alcohol sales and “alcohol that is not taxed and is outside the usual system of governmental control”.

According to the WHO data, the world’s per capita alcohol consumption is 6.13 litres per year. Africa regions’ per capita alcohol consumption is only 0.02 litres higher at 6.15 litres a year. This is lower than Europe and the Americas, which consume 12.18 litres and 8.67 litres respectively. The regions that consume the least alcohol are Southeast Asia (2.2 litres) and the Eastern Mediterranean (0.65 litres).

Significantly, the WHO excludes seven African countries with large Muslim populations – Egypt, Libya, Tunisia, Djibouti, Morocco, Somalia and Sudan – from the “African region” and categorises them as “Eastern Mediterranean”. In most of them, alcohol sales are either restricted or banned.

While WHO’s regional averages provide a unique guide to alcohol consumption rates, they provide little insight into the extremely varied drinking patterns of individual countries which are the focus of more detailed country profiles. The data is also several years old due to the time taken to collate it.

The article includes a quote from a Nairobi social worker. “Do we drink because we’re Kenyan or are we Kenyan because we drink? That is the question,” he asks. But the article fails to ask how much Kenyans and South Africans drink.

Between 2003 and 2005, according to the 2011 WHO report, Kenya’s adult per capita alcohol consumption was 4.1 litres a year. In 2003, data showed that 74.4% of Kenyans were lifetime abstainers and 85.4% had not consumed alcohol in the last 12 months. A 2012 rapid situation assessment of the status of drug and substance abuse in Kenya found that 86.4% of the population reported that they did not consume alcohol.

Between 2003 and 2005 South Africa’s adult per capita alcohol consumption was 9.5 litres a year, according to the WHO report. Data from 2004 revealed that 65.2% of South Africans were lifetime abstainers and 72.9% had not consumed alcohol in the last 12 months.

A similar abstention rate of 72.3% was found in a 2011 study published in the African Journal of Psychiatry. The study used data from the 2008 South African National HIV, Incidence, Behaviour and Communication survey.

The 53 other countries in Africa

The remaining 53 African countries vary greatly in their consumption rates, according to WHO. Countries that have large Muslim populations tend to have low per capita alcohol consumption rates. Examples of these include Mali (1 litre per person per year on average), Comoros (0.4 litres), Guinea (0.8), Libya (0.11 litres), Egypt (0.37 litres), Mauritania (0.1 litres), Somalia (0.5 litres) and Algeria (1 litre). An article that looked at two of these countries and concluded that “Africans are teetotalers” would suffer from the same flaws as the Time article.

Higher up the spectrum you’ll find the Democratic Republic of the Congo (4.2 litres), Angola (5.4 litres) and Tanzania (6.8 litres). Uganda (11.9 litres) and Nigeria (12.3 litres) have Africa’s highest consumption rates. However, Nigeria’s consumption rate is only 0.01 litres higher than the WHO European regions’ average consumption rate.

WHO defines heavy episodic drinking as consuming at least 60 grams or more of pure alcohol on at least one occasion weekly. Standard drink measures vary from country to country, but in South Africa a standard drink contains 12 grams of pure alcohol. Therefore, consuming five-and-a-half glasses of wine (at a typical 12% alcohol volume) or five 340ml beers (at a typical 5% alcohol volume) at least once a week would be considered “heavy episodic drinking”.

While the Time article reports that 25.1% of drinkers in the WHO Africa region drink too much, it fails to mention that the majority of people on the continent don’t drink at all, according to the WHO data. WHO estimated that in 2004, 57.3% of the Africa region were lifetime abstainers and 70.8% reported not consuming alcohol in a year. By comparison, only 18.9% of Europeans and 17.7% of the United States population were lifetime abstainers.

A snappy headline not supported by the data

Alcohol abuse can have detrimental effects on individuals and societies. A thorough understanding of the problem is a prerequisite to intervention. However, the claim that “Africa has a drinking problem” reveals less about Africa’s drinking habits than it does about Time’s perception of Africa. The “Dark Continent” has merely been renamed the “Drunk Continent”.

Drinking patterns vary greatly both within and across Africa’s 55 countries. While some African countries have high levels of consumption and binge-drinking others have negligible consumption rates and high levels of abstention. By ignoring these important differences, the article perpetuates the perception that Africa is a homogenous continent.