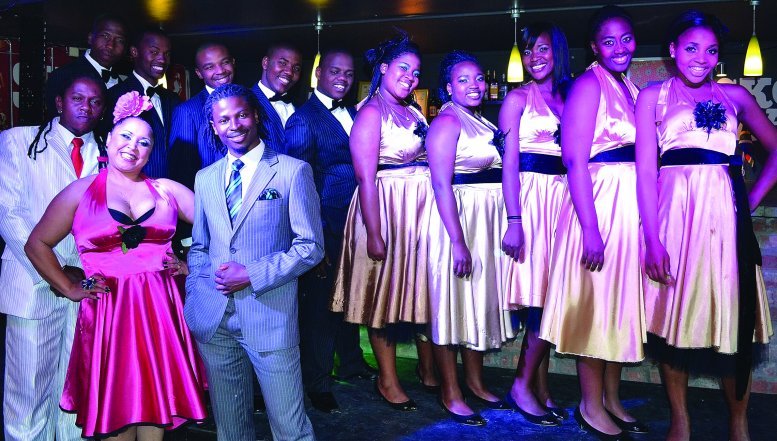 South Africa’s first township theatre restaurant, AmaZink, started as an illegal shebeen known as Patricia’s Tavern. The tavern was saved from being demolished when it was issued a liquor license, and then reopened and renamed to AmaZink Live!

AmaZink Live offers the perfect venue and experience for any year-end function, corporate event, tour group and individuals alike.  Exclusive shows can also be booked, while the weekly shows are performed on Wednesdays, Fridays and Saturdays.

The restaurant offers excellent township inspired cuisine designed to show off the very best of South African flavours,as well as a music experience honouring legends such as the late, great queen of South African music, Miriam Makeba, the indomitable Johnny Clegg, the eclectic home grown beats of Mango Groove and many more.

South Africa’s first township theatre restaurant, AmaZink, started as an illegal shebeen. The shebeen was saved from being demolished when it was issued a liquor license, and renamed Amazink Live! AmaZink Live tells the story of a township through the magic of music. Songs in the live performance include familiar favourites such as Pata Pata, The Click Song, Special Star, Skokiaan, Impi and African Dream, to name but a few. The culturally authentic musical encourages an audience interaction and a chorus of entertaining waiters not only serves guests, but makes them a part of the show too.

AmaZink was the runner up for the 2011 Mayoral Tourism Award for Best New Tourism Business and was nominated by the Woordfees in 2012 for the WoordTrofee for Best Contemporary Music Production.

The AmaZink Live Music Production and Theatre runs annually from October to March, and from April to September, the AmaZink Live Restaurant is available as a functions venue offering bar, catering and entertainment services.