Amstel is turning up the heat with another inspiring TV Ad 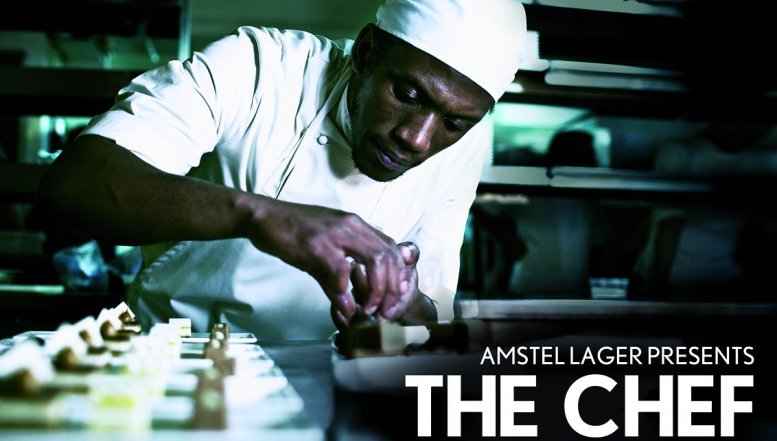 As part of its ongoing brand campaign, Amstel Lager launched a new television commercial on all major TV stations across the country.

The new TV commercial is called “The Chef” and is a follow-up to Amstel’s hugely successful and awarded TV ad, “The Boxer”.

“The Chef”, tells the story of Simphiwe Nzima, a young man who takes up a job as a dishwasher so he can learn from the chefs around him and, over time, gain the experience he needs to realise his dream of becoming a chef and opening his own restaurant. He learns that the things that matter most don’t happen overnight – they take time. And by taking the time he needs, he not only achieves success but enjoys himself every step of the way, explains Diederik Vos, Marketing Manager.

As part of its ongoing brand campaign, Amstel Lager launched a new television commercial on all major TV stations across the country.

This new TV ad retains the same award-winning team that brought “The Boxer” to life – created for Amstel Lager by advertising agency OwenKessel and directed by Greg Gray of Velocity Films.

“The Chef” was shot almost entirely on location in the kitchen of the iconic Mount Nelson Hotel in Cape Town and included the involvement of the Executive Chef, Rudi Liebenberg and his team. Not only did they train the actors in the art of running a kitchen, but were integral in preparing the intricate dishes shown throughout the Ad.

“Just like The Boxer, the story of Simphiwe builds off the idea that things get better when you take your time,” says Vos. “And that is what Simphiwe is doing in this story – he is taking his time to learn all the tricks of the trade that will help himbecome a great chef. And it’s not easy.Just like there are no shortcuts or quick fixes to brewing a good beer. That’s how the story of Simphiwe and Amstel are really connected – they both take their time to achieve true quality.”

Consumers will be able to watch the ad on their own Amstel Lager bottle. All they have to do is download the Aurasma App from the App Store onto their phones anduse it to scan the logo. The ad will then play, allowing them to enjoy “The Chef “and their favourite beer at the same time.