High Demand of ATMs in Townships 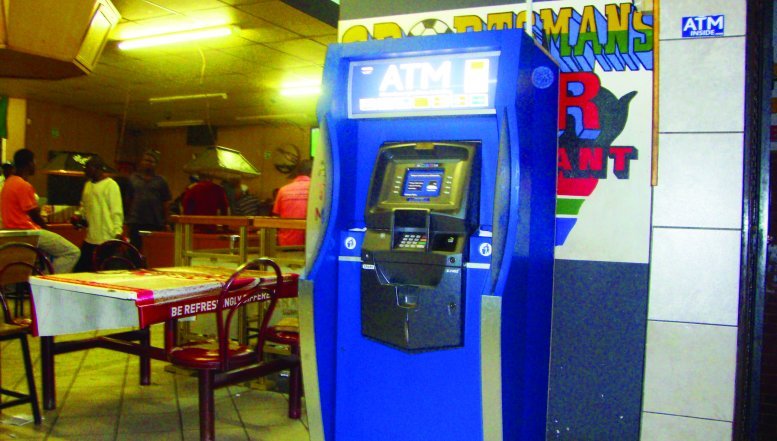 South Africa’s townships present a wealth of opportunities for local businesses due to the high concentration of people living within the areas that are typically located a distance away from larger retail outlets or shopping centres.

In order for small business to capitalise on the opportunities that townships’ dense populations offer, a shift to providing convenient services to customers is needed. One growing opportunity is providing easy and safe access to cash through the installation of in-store ATMs. Not only will the business owner see an increase in foot traffic but also increase the likelihood that consumers who withdraw cash from the ATM will spend a large portion of the dispensed cash in-store. With townships becoming increasingly popular destination for tourists, as seen by the increasing amount of township tours on offer - such as Soweto in Johannesburg and Gugulethu in Cape Town - the same need for convenient access to cash in townships will increase.

Managing Director of Spark ATM Systems, Marc Sternberg, says ATMs have the ability to serve as tangible drivers of growth for businesses. To help aid this growth, installing ATMs strategically within a township and not in the city where township residents may work is vital. In addition to the current lack of ATMs in townships, there is an increased need for safer ATMs as most are street-facing and not very secure. “Historically, ATMs located within a store - as opposed to outside a building - are not targeted by criminals due to the existing safety elements in the store such as CCTV, guards, staff, etc. We also regularly advise our merchants about all the necessary safety precautions they need to take in order to avoid criminal activities,” says Sternberg.

South Africa’s townships present a wealth of opportunities for local businesses due to the high concentration of people living within the areas that are typically located a distance away from larger retailers.

ATMs could be revenue-generating tools and as studies have shown that customers spend a large portion of the withdrawn cash at the same premises. Depending on the nature of the business, the amount spent can be between 20% and 80% of the cash withdrawn.  This makes the ATM the most effective way to increase your customer’s spending power on your premises as a business owner.

Sternberg says cash that is withdrawn by consumers is most likely to be spent on the purchasing of goods and services. These transactions result in increased revenue turnover for local businesses and have a direct positive impact on the economy. “By increasing the presence of ATMs across the country and making access to cash more convenient for South African consumers, trade across the country is spurred, resulting in increased economic activity.”

The 2011 Finscope survey found that 33% of South Africa’s population live in rural locations. It’s becoming increasingly critical for this population segment to have access to ATMs for convenient access to cash to not only pay for daily living expenses but ultimately boost economic growth in the regions. Finscope is a comprehensive national household survey of financial services, needs and usage among all South Africans.

According to the survey, 71.5% of South Africa’s urban population have an access to banking compared to the only 46.8% of the rural population. Of the total banked population, 83% withdraw money from ATMs every month, proving that the use of ATMs is a critical financial service for the majority of the South Africans.

Sternberg says currently, there is approximately 24 000 ATMs throughout South Africa and according to their calculations well under 10% of these is located in rural areas. He says the demand for access to ATMs in rural locations is on the rise and must be addressed, preferably by businesses operating in the area for the local economy to grow.

Sternberg says merchants are told not to leave any cash in the ATM machine overnight by removing the ATM cassettes and then reloading them in the morning. The ATM safe door is left visibly open so that everyone can see that there is no cash in the machine, removing the threat of any unwelcome attention. He says in-store ATMs are only loaded with one day’s worth of cash as opposed to a bank-filled ATM that might have up to R1 million inside. “This means that the in-store ATMs are much less of a target.”

Research has shown that ATM host sites experience an average 10 to 30% increase in turnover after installing an ATM on site. The availability of cash at the site also results in a decrease in customers’ credit card usage and the corresponding reduction in credit card terminal charges. Sternberg adds that bank charges for the business are further reduced as the cash generated through sales can be channelled into the ATM and back into the business’s bank account. He says the host merchant also benefits financially from a rebate per withdrawal thus adding to their bottom line. “There are many other non-financial benefits to hosting a convenience ATM such as an increase in foot traffic following an installation and improved customer loyalty as a result of the convenient and safe service provided.”

Sternberg says even though an increase in the number of retail stores and banking services is being experienced in townships there is still significant room for growth in the convenience ATM market. He believes that in light of the increase of retail outlets in townships, the convenience ATM market has the ability to boost local businesses which are not as prominently presented by more commercial banking services in townships. “This points to the fact that population growth in urban townships is constantly rising and thus the need for convenient access to cash will increase in new areas. Commercial banks normally have stringent requirements for installing an ATM whereas an independent ATM deployer, such as Spark ATM Systems, have less strict requirements and can be installed in almost any location.”