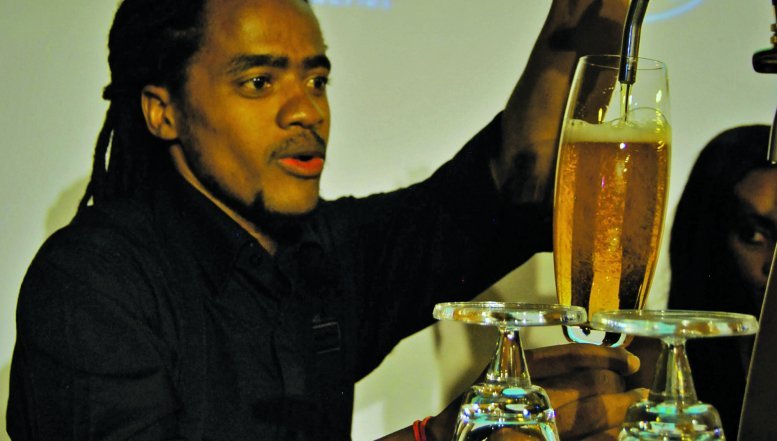 Draught beer is an increasing area of focus for the brewery and they needed clever, creative thinking to raise awareness of quality draught beer amongst consumers and outlets.

The Greenhouse Advertising Agency developed a solution that dealt with the issue of quality draught beer right at the source. A draught academy model was developed at South African Breweries’ (SAB) Newlands Brewery and rolled out nationwide.

The Greenhouse Creative Director, Darren Mckay, said the objective was to improve and standardise the quality of SAB draught beer and at the same time increase sales and profits while minimize waste for all SAB brands in all outlets.

Draught beer is an increasing area of focus for the brewery and they needed clever, creative thinking to raise awareness of quality draught beer amongst consumers and outlets.

He said barmen and outlet owners from across the country attended the academy to learn the fine art of draught beer from back of house to front of house, the perfect pour and the correct serving of the perfect draught beer.

The Greenhouse was appointed as the custodian of standardised, high quality, SAB draught beer and has been tasked to build relationships between SABMiller and their customers and consumers.

“The five steps of the ritual start at the beginning of the consumer journey, with the First Impression, and involves every touch point that influences the quality draught experience. Developing the ritual was only one small piece of the puzzle in the herculean task that The Greenhouse had been given.”

He said that they wanted to ensure that barmen and outlets were practicing the ritual, and improving the consumers' experience, because that was the most important part of the programme, to drive sales and increasing profits.

Mckay said the barmen were the first and most crucial touch point in the ritual, and therefore they needed to be trained and incentivised to consistently pour and serve SAB draught beer to the highest quality.

To achieve this Greenhouse developed a league of barmen, called the SAB Draught Quality League, using the 200 outlets selling the highest SAB volume in the country.

The first year of the SAB Draught Quality League culminated in a pour-off to find the best SAB draught-beer pourer in the country and the winner was Hogshead’s barman, Jeff Waldman.

This was to help build and foster relationships, between SAB and its biggest customers, while at the same time improving the consumer's draught experience.

A massive SAB activation was undertaken to cement relationships that were established over the year, to enforce what had been learned, and more importantly to create a buzz within the trade.

The end result of which would be to ultimately have more outlets wanting to be a part of the SAB Draught Quality League and providing consumers with the perfect SAB draught experience.

“The SAB Miller League is continuing for a second year and we are currently in the process of enlisting our 200 outlets and registering the barmen. We spend three months tracking and monitoring the outlets and will have smaller events throughout the country in September. We have three of these phases to determine which barmen are sent to the national event and we will have our final national event again next year in April,” says Mckay.