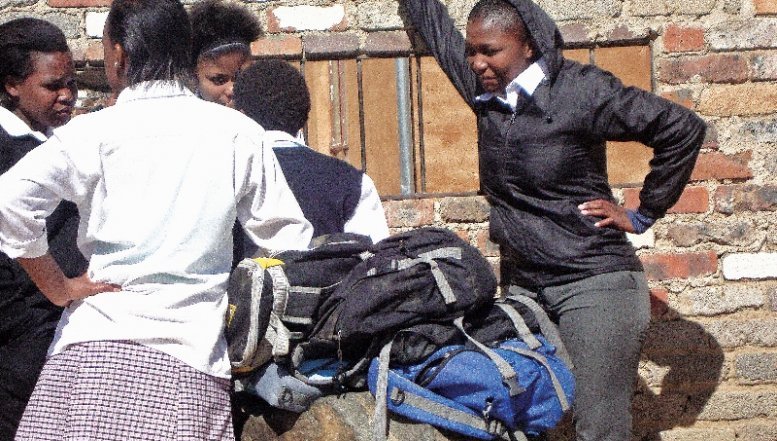 Nearly 80% of a group of surveyed Gauteng high school pupils regularly consume alcohol, according to findings released by the University of South Africa’s Bureau for Market Research (BMR).

Antoinette Basson at the BMR's Youth Research Unit (YRU) says the study was motivated by the need for contemporary information on the subject, which she said, placed an enormous burden on South African society.

Nearly 80% of a group of surveyed Gauteng high school pupils regularly consume alcohol, according to findings released by the University of South Africa’s Bureau for Market Research.

"The YRU research study identified that while more than half of the pupils surveyed, 53.8% said they trust their parents for advice on drug use and alcohol consumption, learners often find themselves in an environment where illicit drugs and alcohol are easily accessible and used by their peers, which make resistance very difficult," the BMR said.

“Pupils said they were using the substances for stress relief and recreation. Almost three in every 10 pupils (26.9%) who participated in the study said they use illicit drugs, with dagga being the most popular with a total of 95.4% of the drug users confirming they used it.”

Basson says cigarette smoking and hubbly bubblies were becoming more popular among secondary school pupils, particularly girls, and were not associated with the negative consequences of tobacco smoking.

Meanwhile Social and Development Minister Bathabile Dlamini announced that a bill proposing that the purchasing age of alcohol be raised from 18 to 21 years will be presented to the Cabinet before the end of the year, along with a bill for restrictions on alcohol advertising.

Dlamini insists alcohol is an entry to drugs and unlawful behaviour among young South Africans saying children start drinking at a very young age with ‘sweet’ drinks and later drink hard liquor and graduate to drugs.

"However, alcohol remains the most common primary drug of choice across the country and results in a burden of risks including accidents, injuries, teenage pregnancies as well as unprotected sexual behaviour which leads to HIV transmission," she said.

Alcohol and Drugs Counsellor, Caro Smit had previously called for government to raise the drinking age to 21 and to ban alcohol advertising. But Smit says law enforcement has to play its role because people change behaviour if they are afraid of the financial and legal implications of their actions.

She says government and organisations should put more resources to efforts aimed at educating people, especially children, on alcohol and its effects.

According to SAB director of Corporate Affairs and Transformation, Dr Vincent Maphai, one out of every two teenagers in the average South African home is a user of alcohol.

“SAB views underage drinking as totally unacceptable and is one of the most serious forms of alcohol abuse with an overwhelmingly negative impact on South African society as a whole.”

SAB has partnered with the Department of Trade and Industry (DTI), the National Youth Development Agency (NYDA) and provincial Departments of Education to launch a comprehensive programme to tackle the scourge of alcoholism.

The programme launched in February this year and encompasses a series of interactive initiatives aimed at teens, but with strong links to parents, peers, teachers, liquor traders and the community.

The programme called ‘You Decide’ is a multi-faceted intervention grounded in the latest thinking on the clinical and psychological facets of this complex problem, Maphai explains.