Don’t Let Your Tavern be a Drug Yard 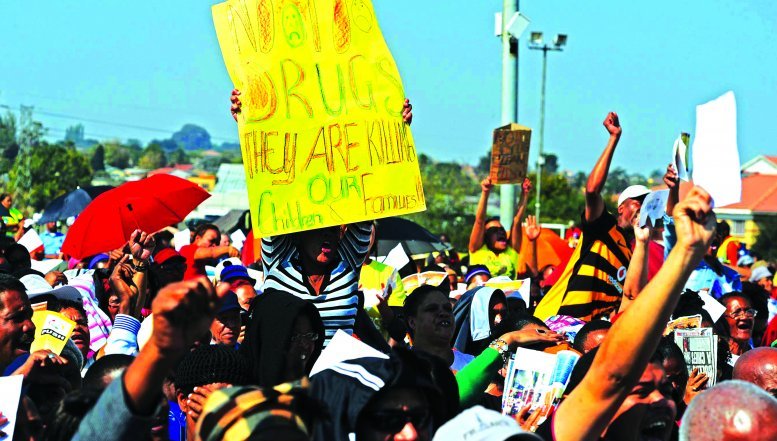 Drug syndicates are prevalent at local taverns in townships across the country, without the owners being aware of it. This form of drug dealing is on the rise, because drug sellers have identified taverns as hotspots to target their clients.

The South African Police Service (SAPS) spokesperson in Soweto, Kay Makhubela, believes that the rise of drug trading at taverns is because drug dealers have identified an opportunity to take advantage of intoxicated customers and easily persuade or introduce them to the substances.

He said that one of the reasons for this is because many taverns have unmonitored areas where drug dealers can easily hide without being noticed.

Drug syndicates are prevalent at local taverns in townships across the country, without the owners being aware of it.

The South African National Council on Alcoholism and Drug Dependence (SANCA) Soweto, Director Ananias Mbewe, says drug dealing in taverns may be part and parcel of the existing relationship between drugs and alcohol.

Mbewe says people that use drugs and alcohol consider the two as substitutes of one another, in a sense, that if drugs are not available to them, they consume alcohol.

“In some cases these particular individuals use both drugs and alcohol concurrently and the obvious place to do that is at a tavern. Another highlighting factor in the relation between drugs and alcohol is that they both carry the same effects, such as brain damage if abused or used excessively.”

According to Makhubela, it is the responsibility of every tavern owner to ensure that their venues are drug free. He advised tavern owners to take extra security measures at their taverns and frequently monitor areas that are not under surveillance.

Makhubela says police and tavern owners should forge a relationship and work together to fight the scourge of drug and other illegal dealings within their communities, by informing police about any suspicious activities taking place at their businesses.

He says the relationship has previously led to successful raid operations at taverns where drugs were confiscated and numerous arrests were made.

Both Makhubela and Mbewe were unanimous in their observations that dagga and whoonga (heroin) were the most common drugs sold at taverns. The two also pointed out that these drugs were a massive hit among young people.

“I would advise tavern owners to keep an eye on the youth, because they are known for engaging in both drug and alcohol use, we should not be oblivious to the fact that adults also use drugs and alcohol as well,” said Mbewe.

She advised that red-eyes were some of the drug symptoms that tavern owners should lookout for in their customers to determine whether they have been using drugs or not.

The sale of drugs in taverns will have a negative impact on the business, including the decrease of alcohol sales because customers have used their money on drugs.

Customers might have some of their valuable belongings stolen by drug addicts and also the community would see taverns as drug yards’ or a place that is breeding crime in the area.

Rosina Madesi, owner of Pepe’s Tavern in Soweto, says she has experienced a similar problem with drug dealers were selling dagga at her business. After receiving complaints from her customers she reported the matter to the police.

“The problem escalated to an extent that people were no longer coming to drink at my place but were just coming to buy dagga from the dealers and I was not aware until I got a tip-off from some of my customers.

“I wasn’t aware because I spend most of my time running the business and I didn’t have adequate security to monitor the yard. When it was brought to my attention, I had no option but to involve the police and fortunately the response was swift and the culprits were arrested,” said Pepe.

She said the issue of drug dealing at taverns is an alarming one that needs strict measures to be put in place to address the matter immediately, before it gets out of hand.

“The involvement of the police is vital, in terms of conducting regular raid operations and arresting individuals who engage in this criminal activity. However, tavern owners should also take-up the responsibility of strengthening security at their business premises, to avoid any possible dealings of drugs in their premises,” Madesi advised.