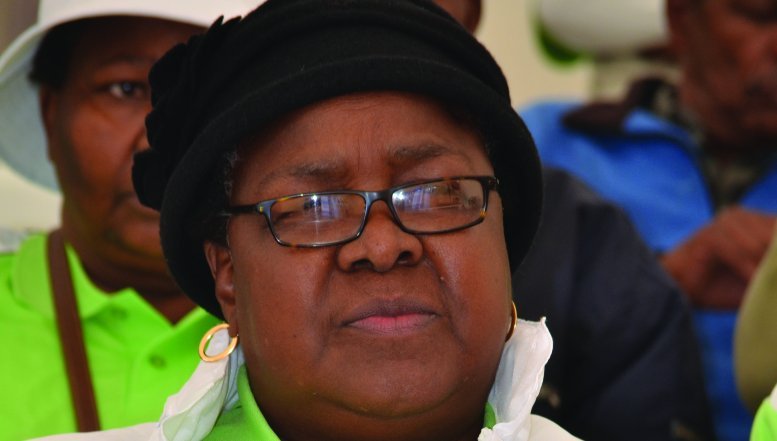 Liquor trader, Fanny Mokoena of Meadowlands in Soweto founded Liquor Traders Against Crime (LTAC) in 2000 to fight alcohol-related crimes such as domestic violence, rape and assault, which is common in her community.

LTAC is made up of liquor traders such as tavern owners, restaurant, shebeens, and bed and breakfast establishments in the local community. More than 145 tavern and shebeen owners underwent training in the basic leadership skills, conducted by LTAC.

Mokoena said the objective of the training was to give traders basic skills to run their businesses and learn the fundamentals of responsible liquor trading as an effort to curb the prevalence of alcohol abuse that leads to criminal activities in townships.

Fanny Mokoena of Meadowlands in Soweto founded Liquor Traders Against Crime (LTAC) in 2000 to fight alcohol-related crimes such as domestic violence, rape and assault, which is common in her community.

All of the branches of LTAC form part of the National Tourism and Hospitality Association (NTHA), which coordinates activities among all of its’ branches and is affiliated to the Gauteng Liquor Forum.

The LTAC works together with the police and the Community Police Forum (CPF) who meet regularly to discuss the levels of crime, new crime spots and new criminal activities that are taking place in the community. She says that the initiative with the cooperation of local police has played a major role in reducing crime in the community.

A representative of CPF at Meadowlands Police Station agrees that crime in the area has gone down since the formation of LTAC, and he further urged liquor traders to be vigilant not to sell alcohol to minors and school children.

Phumzile Ratladi, a shebeen owner and an official member of LTAC, says she is glad to work closely with the SAPS in fighting alcohol related crime in their area.

Mokoena says LTAC has increased the number of its members and branches in Soweto, Mogale City in the West Rand, Mamelodi in Tshwane and many other places across Gauteng.

Before 2003, shebeens in the country were not recognised and regulated. It was a milestone when NTHA compiled a request to the Gauteng Liquor Board to legalise and regulate shebeens. “We used the NTHA to negotiate on behalf of liquor traders and particularly for shebeens to be legalised and formalised as businesses.

“The success is that we formalised a huge number of shebeens which were operating illegally and we managed to get them shebeen permits and now there is a process underway to grant shebeens liquor licenses,” says Mokoena.

Gauteng Premier, Nomvula Mokonyane, earlier this year called on the community members in the province to work with the police to fight the scourge of alcohol and drug abuse and root out all criminal activities in their communities.

“The proliferation of drug abuse in our society has reached unacceptable levels and crimes associated with substance abuse have increased. Where the police have made breakthroughs to arrest those involved in drug manufacturing and distribution, it is often due to community participation in the fight against drugs.  We call on all Gauteng residents to play their part in assisting the police and ensuring the perpetrators are brought to book,” Mokonyane said.

In her State of the Province Address, Mokonyane told Gauteng residents that alcohol and substance abuse searches in schools will be stepped up and the provincial government will continue to implement programmes aimed at stopping young people from falling prey to drug abuse.

“We will lobby the Criminal Justice System to classify drugs such as nyaope as illegal.  Working with municipalities, we will clamp down on areas which are known for the distribution of drugs and strengthen by-law enforcement to prevent the use of abandoned buildings by drug dealers and drug users.”

Mokonyane said community mobilisation remains a central component of government’s efforts to build a safer Gauteng.  “We will in the near future re-launch the ‘Take Charge Campaign’ combining community activism in anti-crime initiatives and strengthening the Know Your Neighbourhood initiative and sector policing,” she said.

Meanwhile the Inter-Ministerial Committee (IMC) on Substance Abuse welcomed the inauguration of the new Central Drug Authority Board and noted the progress made with regard to regulations for the Prevention and Treatment for Substance Abuse Act and harmonising the existing liquor laws, including issues related to minimum age for consumption.

Regarding nyaope, the IMC called for stricter enforcement of existing laws, which under the Medicines Control Council that classify some of the chemicals used in this concoction as illegal. The committee agreed on the need for a coherent government message to educate the public, especially young people and their parents about the harmful effects of alcohol and substance abuse.

“We must move with determined urgency to stop the scourge of alcohol and substance abuse and related socio-economic challenges on our society”, said Social Development Minister, Bathabile Dlamini, who also serves as the convener of the IMC.

Mokoena said since the launch of LTAC, they have opened more 145 branches across Gauteng and they have managed to reduce the rate of crime in the because they were working with police and the CPF.