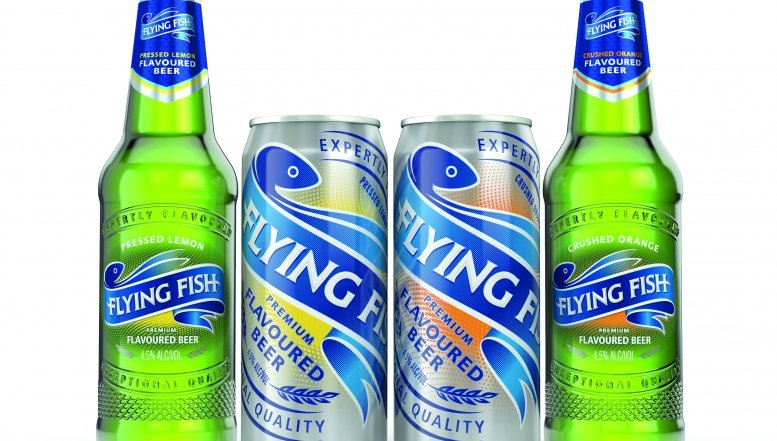 Beer lovers and foodies will be familiar with the pairing of food and beer, but many may not know about the influence food has in the making of flavoured beers.

Flavoured beers are true beers made from water, malted barley and hops and then infused with interesting ingredients – anything from lemon, oranges, honey or spices, which are added during the brewing process to create new and exciting tastes.

“Flavoured beers have taken the beer brewing world by storm, and brewers have begun experimenting with interesting ingredients that range from real fruit juices, fruit, vegetables, honey and even bacon,” says Hilary Jamieson from the Flying Fish team.

Beer lovers and foodies will be familiar with the pairing of food and beer, but many may not know about the influence food has in the making of flavoured beers.

The locally produced Flying Fish Premium beer is brewed just like any other beer, but real fruit juices and flavours are added to the fermenting liquid. Available in Pressed Lemon and Crushed Orange variants, the SAB-produced beer boasts a sweet and refreshing citrus flavour and no bitter after taste.

“The beer has gone down extremely well with South Africans as it’s already captured a sizeable portion of the market since launch late last year,” says Jamieson.

Internationally, brewers have introduced even more daring flavour twists to beers. These include Michigan Right Brain Brewery’s Mangalitsa Pig Porter, brewed using cold smoked Mangalitsa pork, which gives the porter what the brewers call a “smoked flavour with a bacon finish”.
The 21st amendment Brewery in San Francisco has a flavoured beer named Hell or High Watermelon Wheat Beer, which is put through a traditional secondary fermentation using fresh watermelon. The brewers have described the flavour of this variant as “summer in a can”.
On the other side of the Pacific, Japanese brewer Chitoshi Nakahara decided to create a flavoured beer containing 30 percent milk called Bilk several years ago. This creative flavour discovery was the result of a milk surplus in Nakahara’s province where farmers had to throw away huge amounts of leftover milk.

“Beer is a highly personal thing and beer lovers the world over give very different reasons for why they love their favourite beer. But if the growing popularity of Flying Fish is anything to go by, this flavoured beer has won South Africans over with flying colours and we are sure to see more innovation in the future from both big and small brewers,” says Jamieson.