Beer may expand to more flavour 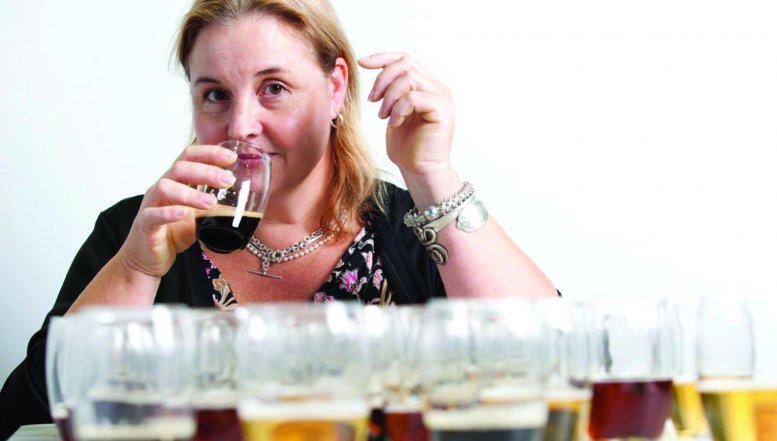 Flying Fish is the first flavoured beer in South Africa. How did you come up with the idea to produce Flying Fish?

At SAB, we are consistently scanning the environment for new and innovative ways of shaking the market and satisfying the ever-changing needs of our consumers.

How is the flavour affecting the taste and original aroma of the beer?

Flying Fish is a premium beer, at first sip you get the enchanting flavour of either Pressed Lemon or Crushed Orange and just before you swallow it bursts with the rich flavour of beer. The combination is absolutely phenomenal; it’s exactly what the Flying Fish consumer has been waiting for.

It’s the aroma that is so catching – when you bring the glass to your face for the first sip, you get the refreshing and crisp smell of fresh lemons and limes, or spicy orange, and that is your first impression.  When you take your first sip, it’s that aroma that you end up tasting, and that is so sweet and refreshing.  Unexpected for a beer really!

Traditionally a beer is flavoured with hops which add bitterness to it and this is what a typical beer drinker loves. If you add other flavouring fruits, doesn’t it take away the original flavour and taste of a beer?

No, it doesn’t take away from the fact that this is a beer, made with malt and hops, but it adds to the flavour, creating something unusual and unexpected.  And totally delicious.

Can you please take us through the unusual process you used when brewing the beer?

Someone could say all beers taste quite the same, and this is a contested truth because raw products such as barley and wheat are used in brewing but the difference is the branding and packing. And so can you say producing Flying Fish has been a breakthrough in the local brewery?

Flying Fish is an alternative for the traditional beer drinker and cider consumer, so it’s safe to say to your question. We believe we have given that alternative solution to the consumer.

It’s a flavoured beer, which means it been flavoured with the natural flavours of the fruits in this case.  So it smells and tastes very different to regular beers.

Someone who’s not a beer connoisseur can confuse a flavoured beer with a cider. How can you explain the difference to such person?

Well flavoured beers are made from malted barley, with hops and added flavours such as citrus lemons and oranges.  A cider is made from fermented apples.  The flavoured beer taste profile has the refreshment of beer, but the sweet and easy drinking character of the added citrus fruit flavours.  Ciders generally have a more dominant apple taste and aroma.

This was a new product and what was the challenge for you to get the product right?

We hadn’t done anything like this before, and we had to explore and research products from all over the world, and flavours from all over the country to decide on what we felt were the best options.  We also had to explore if our consumers would be ready for something different like this.  And despite all the challenges – It was certainly a lot more fun!  A little different to our every day jobs.

Have you adopted this because is a new international trend or have you found a gap in the market that you wanted close?

The South African alcoholic beverage market has grown significantly over the past years with brewers adding a repertoire of drinks that are lighter on the palate. The Flavoured Alcoholic Beverage category is no different in its growth over the last couple of years, owning at least 6.9 percent of the market.

Why do you think there is a market or need for a flavoured beer?

Who is your target market?

We are targeting males and females who are future forward and often looking for unique products and experiences. Our consumer is uber trendy and loves life, and living it to the max.

What challenges have you came across before getting this beer into the market?

Like any other brand launched into market, it is important to demystify what the brand stands for, and introduce the product to our audience. This process was easy and due to the hunger for such a product in the market the consumers were and still are highly responsive.

So far what is the response in the market after the beer was officially launched to consumers?

There definitely is a lot of intrigue about Flying Fish and consumers have often taken to social media to share their experiences with the brand. It is quite amazing to see South Africans embracing yet another proudly South African product

How is Flying Fish finding its way in the large beer market in terms of competing with other brands that have been in existence for many years ago and always in the minds of consumers?

As a new brand in the market, we are doing well considering the fact that we have been on the shelves for five months. Outperforming any other established brand comes with time and traction in the market, however results show that we are steadily headed there.

What other products have you produced before Flying Fish?

I have worked on many other brands in and outside of SAB. On the SAB business, I lead the Castle Lite team for a number of years – with the Kanye West concert being one of my many highlights

What is your favourite beer and why?

Flying Fish!! I love the burst of flavour it has with every sip, it’s such a unique experience.

What do you enjoy most about your job as a master brewer?

The challenge of being able to create and brew our beer brands for the enjoyment of our consumers all over South Africa.  It’s very rewarding that doing our jobs enables South Africans all over to be able to chill and relax with friends in any environment.

How do you see Flying Fish brand after five years?

Personally, I would love to see it making record sales and perhaps even expanding to more flavours!