Get Your License, Start Trading! 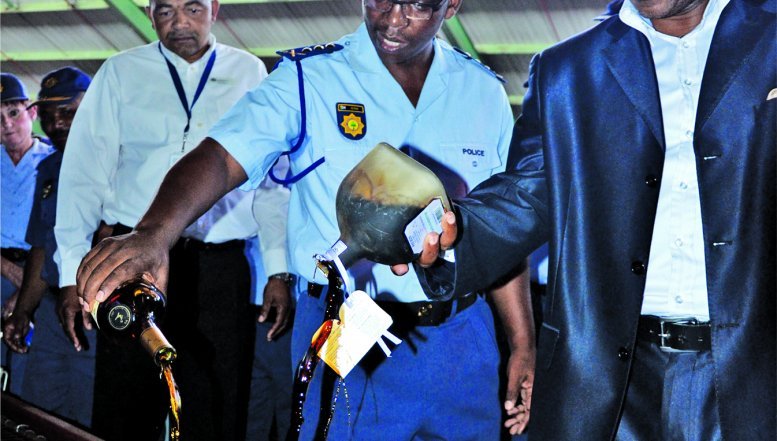 After the Gauteng Department of Economics Development (GDED) imposed a moratorium on the application and issuing of new liquor licenses late last year, a total of 78 outlets were shut down after they were found to be operating illegally.

Liquor Licensing Chief Director, Ntsoaki Tsokolibane, said their inspectors found the traders in possession of “fake” licenses and some did not have licenses at all. She said police had even closed down a number of outlets when they conducted their own raids.

The decision to impose a moratorium came after allegations that some officials were issuing fraudulent licenses.

After Gauteng imposed a moratorium on the application and issuing of new liquor licenses late last year, a total of 78 outlets were shut down after they were found to be operating illegally.

Tsokolibane said the licensing unit was undergoing a turn-around process, which aimed to evaluate all processes, systems, organisational development and to audit all licenses issued within the province.

She also stated that while the GDED does have outstanding applications on their system dating as far back as 2009, they are confident that their new, improved operations system will be more effective and efficient in the future.

“Firstly, when licenses are lodged they will be registered on our system, so at any given time, we will be able to tell you exactly how many licenses have been lodged on a specific day.”

She said as part of their mechanisms to end fraud, the applicant will be issued with a unique reference number generated by the system and in this case there will be no duplication of numbers.

Tsokolibane said the Liquor Board decided to centralise all its secretariat services to their head office in Johannesburg’s city centre, so that all applications can be channelled there. This decision will help the board to control and manage everything.

She said applicants will be notified by SMS on the progress of their application and the board will also be able to trace the status of any application at any stage.

As part of reviewing the liquor licenses and permits to improve compliance through enforcement, the province has also drawn up a liquor policy and draft bill, which has been published for public comment.

The department said this will later help them improve the overall operations by making the application process faster, transparent and more efficient.

When asked how the department will ensure there's no issuing of fraudulent licenses in future, Tsokolibane said: “The printing of licenses is going to be done at one point only. The Chairperson will physically sign the licenses so no encrypted signatures can be used. Through the use of codes, the system will confirm who the user is at any given point in time.”

The South African Liquor Traders Association (SALTA) has previously called for the review of all by-laws and liquor policies in all municipalities to ensure “uniformity and standardisation”.

In its statement SALTA demanded that the provincial government “decriminalize” the industry by reopening the permit system in line with the SALTA tavern franchise and profiling system that addresses the problem of oversupply of liquor outlets in residential areas and informal settlements.”

Meanwhile the draft Liquor Bill gives the board the prerogative to grant or reject applications and to make determinations on the number of liquor outlets per population in a particular area. However, currently the Liquor Board regulates this by enforcing Section 33 of the Liquor Act, which restricts outlets with similar licenses within a  500 metre radius.

Liquor law expert, Marius Blom, says if the expensive electronic systems bought in the past, and now again, can be properly implemented and people are trained “properly” to use it, the service will be improved.

“If the current activities of applications having to be re-typed by administrative staff to "capture" the information is stopped, we might get somewhere.”

He says further to system changes, board members must refrain from trying to do the work that local committees are supposed to do. In addition he says the board must be punctual and present so that there is a quorum who can start work at the determined hour.

“If they follow the basics of administrative law, such as answering phones, replying to letters, notifying parties of decisions, etc, we might get somewhere.”

Commenting on the moratorium that was imposed, Blom says it was an “unlawful disgrace” which stopped the liquor industry for much more than six months and in fact stimulated illegal trading necessitated by reality.

“The Public Protector can investigate the illegality of the moratorium, report on it and make recommendations against the instigators thereof,” he said.

Blom also lashed at the draft Liquor Bill saying if enacted, it will be a disaster. “It is one of the worst drawn bits of legislation I have seen in my life,” he said.

The office also monitors and enforces compliance with the Gauteng Liquor Act 2 of 2003 and protects the general public.

This is done through carrying out inspections, monitoring compliance with the Act and investigating contraventions. Where contraventions occur, the office recommends punitive measures to the Gauteng Liquor Board.

It also liaises with other law enforcement agencies in the eradication of illegal trading of liquor in the province. The Gauteng Liquor Act also prohibits the sale of liquor to certain categories of people and ensures compliance with the requirements of the Act.

The general public is also encouraged to complain about illegal traders or non-compliance to the Act.

Steps to apply for a Liquor License in terms of Section 23 of the Act:

Advertise your notice of intention to apply for liquor license in the Provincial Government Gazette seven days before the first Friday of each month, at 149 Bosman Street, Government Printers, Pretoria.

Notice of intention to apply must include the following information: