Whisky lovers vote for the next Glenlivet Single Malt 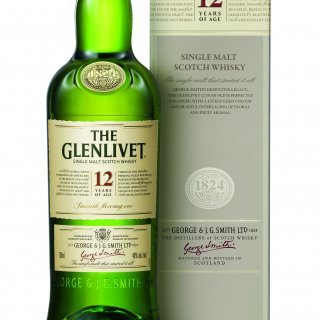 Thousands of votes across 37 countries have been cast by whisky lovers to select the next Glenlivet limited edition, crafted just the way they like it. The winning selection is the ‘Exotic’ expression as the distillery reached out to its followers for the first time ever to make such a choice.

The winning selection will now go forward to become the first crowd-sourced Glenlivet single malt and be called “The Guardians’ Chapter” to acknowledge the significant part the distillery’s Guardian’s fan club has played by voting. This rich, indulgent single malt will be bottled and distributed in limited quantities around the world.

Thousands of votes across 37 countries have been cast by whisky lovers to select the next Glenlivet limited edition, crafted just the way they like it.

The search to find a winning expression began in September 2013. Master distiller Alan Winchester hand-picked three expressions (called Exotic, Classic and Revival) for a global tasting tour at which admirers, including the ‘The Guardians of the Glenlivet’, sampled and voted for their favourite. He selected different expressions to challenge drinkers, provoking debate over which would become the first single malt in the distillery’s 190-year history they could influence the taste of.

The winning “exotic” single malt was created using a subtle mixture of casks including Hogsheads and American oak barrels with the addition of a proportion of whisky from Spanish ex-sherry butts to provide a rich, exotic twist. “The Guardians’ Chapter” bottling will display the signature fruitiness of the Glenlivet and a delightful addition of rich, warm spicy notes.

Rich and indulgent on the nose, it will captivate with an aroma of moist fruitcake and sweet, candied apple, balanced with the tang of orange marmalade. The taste will be an alluring combination of juicy raisins with an undertone of dark chocolate and orange zestiness, well balanced with the subtle warmth of spice complimenting a delightful long and slightly dry finish.

“The story of The Guardians’ Chapter doesn’t end here,” added Alan Winchester. “This is an opportunity to savour a unique, limited edition, single malt that’s already admired and desired by thousands of whisky lovers. Our Guardians have written a new chapter in the distillery’s distinguished history. This will be their legacy, and I’m really pleased with the enthusiastic response we received and the selection the Guardians have made.”