Godfrey Moloi: from bootlegger to legend 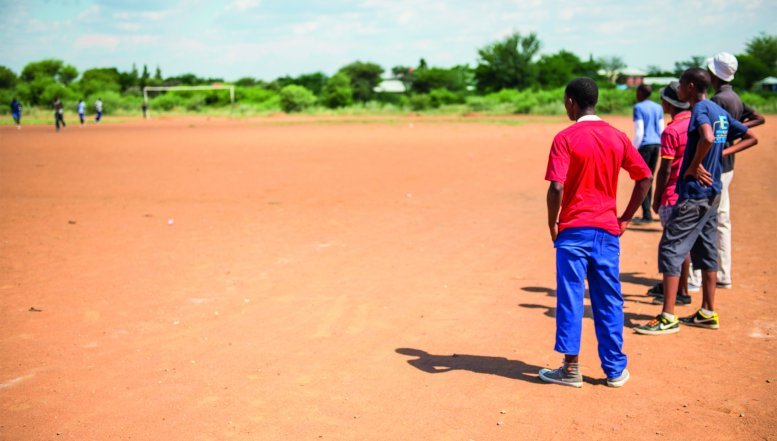 Like another famous man in history, Godfrey Moloi had a dream…

The legendary “Godfather of Soweto” wanted to bring talented young footballers together for a tournament with a difference: it was to be played on makeshift sandpits in the heart of the township, and spectators would take bets on the winners.

Today, the Godfrey Moloi Games, now more commonly known as the Goodwill Games, are a fixture on the township’s sports calendar.

Like another famous man in history, Godfrey Moloi had a dream…

A kingpin in the taxi industry and a legendary philanthropist, Moloi, who died from cancer in 1998, is still a household name in Soweto – to say nothing of townships across the country – and he is spoken of in awe.

His colourful autobiography takes readers on a rollercoaster ride through Durban’s shebeen culture in the 1940's, gang life in Orlando, Soweto, in the 1950's and, later, the birth of mbaqanga music, bootlegging and dating world-famous songbird, Miriam Makeba.

But Moloi’s final venture – the Godfrey Moloi Games – was also his most lasting legacy.

Held at Mapetla sports complex every year during the festive season, the Games draw thousands of fanatical spectators and wannabe star players from across Soweto and beyond. These young hopefuls pit their talents against each other in a grueling, often somewhat gladiatorial spectacle, watched by professional talent scouts from across the country.
Players such as Thabo 'Tsikitsiki' Mooki, Godfrey Sapula, Reneilwe Letsholonyane, Benedict Vilakazi, Teko Modise, Excellent Walaza and Scara Ngobese were first spotted at the Games, and the rest, as they say in the classics, is history…

This tournament soccer is not for the fainthearted. Played on gravelly pitches and not overly mindful of the more nuanced aspects of the “gentleman’s game,” the competition throws up fervent, no-holds-barred clashes that keep the crowds on their feet. Man U? Who needs them?

Over the years the Soweto tournament has gained such popularity that other franchises - such as Kwa Mahlobo and the Pimville Games – have joined in the fray.

According to his obituary on Remembered.co.za, Godfrey Moloi was known as the Godfather of Soweto, and was born on 30 November 1933 in Ladysmith.

He was a self-made millionaire, former gangster and self-confessed thug who ruled the underworld in the days of the Dark City Sisters, the Msomi gang and the Spoilers.

Seldom seen without his trademark dark Stetson felt hat, he was known by all who knew him as a selfless person who started life as a notorious crime boss and bootlegger and went on to become a much loved community leader who often paid rent for the poor and arranged transport for the elderly so that they could collect their meagre pensions.

In later life, he was outspoken against crime and played a key role in rehabilitating young criminals, sponsoring their high school and university educations.

The first episode of the television series Isibaya, by the acclaimed Bomb Shelter production house, features Moloi’s Soweto mansion as one of its backdrops.

The series tells the story of the battle for wealth and power between the Zungus and the Ndlovus, two rival families who live in Thukela Valley.

The feud between these two powerful taxi families has been going on for generations but, whereas in the past it was about cattle, today it is about taxis.

This, of course, is reflected in the title Isibaya, which means "the kraal" (where a herd of cattle and goats are kept), but is also a colloquial reference to a fleet of taxis and new wealth.