The Boss, on the road and off the road 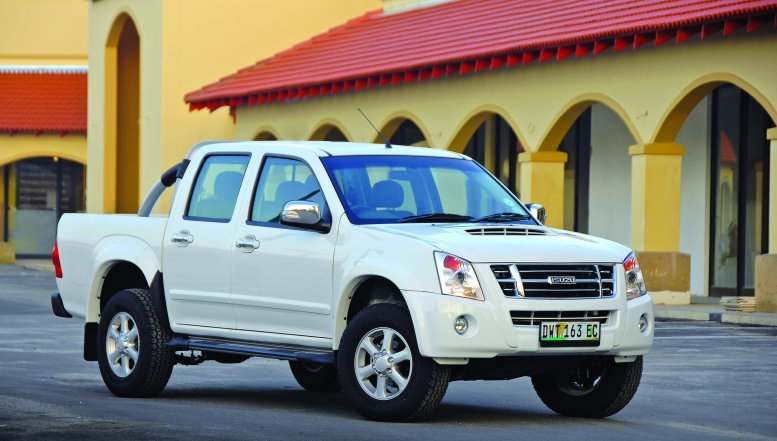 Every now and then, we’re offered an amazing opportunity to test something that offers us way more than expected. Most recently, for us, it was test-driving the Isuzu KB 300. This double cab is both a luxury business vehicle and a workhorse. The KB 300 looks stylish yet at home both in a parking lot and on a building site.

With a host of luxury items inside, the Isuzu KB 300 is imbued with a special, executive sense of style. The model we tested for Spotong had leather seats, climate control and a touch screen entertainment consol that allowed Bluetooth connectivity, which provides all passengers with crisp, clean sounds for those long drives.

Most double cabs sacrifice space in the back seats for a more comfortable ride for the driver and the KB 300 has had to, unfortunately, make that compromise. Having a load bay that can handle over a ton of cargo, as well as a very comfortable and spacious cabin for the driver, means the cramped back seats are a necessary sacrifice.

Every now and then, we’re offered an amazing opportunity to test something that offers us way more than expected. Most recently, for us, it was test-driving the Isuzu KB 300.

The back seats are not too cramped, as they can easily accommodate two adults but over a long distance, it could prove uncomfortable.

The KB 300’s engine was powerful and its performance exceeded our expectations, thanks to its diesel engine. The KB 300 pulled off the line with a good amount of gusto, but it was the propulsion you felt while getting pushed back into your seat that actually made the hair on our neck on stand on end.

A double cab is not meant to win a drag race, but this Isuzu is very capable of providing the driver with certitude and confidence behind the wheel. Notably too, the fuel economy of the Isuzu KB 300 is excellent. Diesel engines generally perform well above the weight of a petrol engine, but this beast of a diesel model performed above that of other diesel vehicles in its class.

Isuzu have been a stalwart of the South African motoring scene for many years and it’s quite noticeable how they’ve implemented changes that allow them to compete in terms of luxury and performance, putting them on par with crowd favourites, Toyota and Ford.

This Isuzu is a shining example of a best-of- both-worlds approach. The driver is given the pride of driving a beautiful and elegant car that seems to have been built for the rugged off-roader at heart. The Isuzu KB 300 costs anywhere from R400, 000 upwards, but is most definitely money well spent.