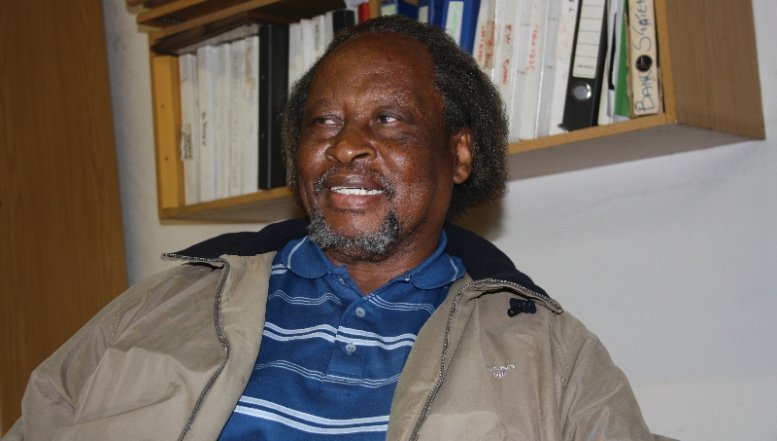 For Alexandra's iconic community worker, Linda Twala, his relationship and involvement with philanthropy work is as sacred as marriage vows.


He cited his vows to community work and swore to live by that sword. "I am married to this selfless work. I took my vows when I was still a child - till death do us part”.

As a child growing up, my late mother, Annie, used to take my meal and give it to a stranger who had just arrived at home and complained of hunger. She would then instruct me to go and prepare 'umbhubhudlo', which is made of water and a couple of teaspoons of sugar and mixed with pap and is eaten in the same fashion as 'Amasi' or sour milk.

For Alexandra's iconic community worker, Linda Twala, his relationship and involvement with philanthropy work is as sacred as marriage vows.

"Instead of taking this negatively, I took it positively and realised that my mother had the greatest love of all and she cared for her fellow human beings. She would not consider someone a stranger when hunger pains strike, but would rather take her own child's meal and give it to a hungry stranger.

"This, and many other selfless activities she performed and carried out within Alexandra those years, inspired me and molded me into what I am today. My heart gets sore when I see a fellow human being suffering. Sometimes I feel like taking off my own clothes and giving them over to an unclothed stranger. That's how deep the feeling is sometimes," said Twala from the humble offices of his Twala Ama Afrika funeral services in Wynberg, on the outskirts of Alexandra.

His philanthropy work started with the funeral service company many years ago. Back in 1967, Twala remembers an elderly woman, named Rose Tshabalala who frequented his home to get her share of edibles from his mother.

“She was old and used to walk with the aid of a stick. Each time she came home, she would lift her walking stick and point it at me saying:  When I die you must bury me, and in so doing, please put my walking stick in the coffin as well.

"I honoured her wish by burying her with her walking stick. This is called udondolo, in Zulu. Udondolo is regarded as sacred because it forms part of your walking limbs. You do not bury someone and leave his or her limbs behind. Just like their two legs, the walking stick is buried together with the body," Twala explained.

Twala said that this prompted him to open the organisation that looks after the elderly and disabled people in the community. It was during that year when the Alexandra Society for the Care and Welfare of the Aged and Disabled Persons was born.

"I have never looked back since then. The Alexandra Society for the Care and Welfare of the Aged and Disabled Persons eventually gave birth to what is today known as Phuthaditjaba-Qoqizizwe Centre on 17th Avenue in Alexandra.

“Today, the Phuthaditjaba Centre is a hive of activity for both young and old, abled and disabled, and the poor and downtrodden of Alexandra and its surrounds. Phuthaditjaba started operating in 1980 and today it houses a feeding scheme for the aged, a state-of-the-art computer lab, and a gym for the youth, a modern and world class crèche and library for both the senior primary and high school pupils, and all of these, accompanied by the most modern kitchens to compliment the feeding scheme.”

The R10 million world class crèche, known as the Ronnie and Rhona Lubner Child Youth Centre, built with funds from AfrikaTikkun, Phuthaditjaba, Ronnie and Rhona Lubner Foundation and the Departments of Health and Social Development, has an Early Childhood Development Centre that houses more than 200 children, including a programme for children with learning difficulties as well as sports and recreational facilities.

The Ronnie and Rhona Lubner Child Youth Centre was built on the grounds of Twala's former home on 17th Avenue, which was bombed by the apartheid security forces during the Six Day War in 1986. This was a virtual siege of Alexandra in which nothing could go in or out of the township, including people, as the security police conducted their search for ‘terrorists’ believed to have been hiding in the township.

Twala and Sam Buti fromthe Uniting Reformed Church started the Save Alexandra Campaign in the 1970s, when the apartheid government wanted to demolish Alexandra to make a way for the building of hostels as compounds for migrant workers. He recalls that some of Randburg was built with bricks from Alexandra from some of the houses and properties that were destroyed in the early 1970s when some of the residents were moved to Tembisa, Katlehong, Diepkloof, Meadowlands and to other areas.

His family had also been ordered to vacate the house on 2nd Avenue and move to Meadowlands but his father steadfastly refused. Before he died, he told Twala to “wage a war and never give in to the Boers. Fight them until the end," he says.


Twala and his friends made a documentary which depicted a life in a shack and it made waves both locally and abroad, leading to a donation of R12 million that was used to build the Alexandra Technical College, now a campus of the Johannesburg Central College.

His humble office at the Twala Ama Afrika funeral parlour is littered with pictures of him with various prominent politicians, such as Nelson Mandela, Thabo Mbeki, Jacob Zuma and King Goodwill Zwelithini.

"If I were to mention all of the things that I have done for the community of Alexandra, we could easily spend weeks on this interview," he exclaimed. Other projects which Twala started and was involved in include Entokozweni Centre, the Thusong Youth Centre, which he jointly founded with the current centre Director, Beauty More, another champion of charity work in Alexandra.

At the age of 69, Twala is in the twilight of his life and he realises it. With the need to ensure the continuity of his work and legacy, he has started nurturing youngsters, known as the Leopards Group, whom he hopes will be able to take over from him and continue with the philanthropy work.