Although Ntate Manikie's accent may have sounded like a mix of Black and White over the phone when Spotong got in contact with him, it was the way that throughout the interview, he stuck to his guns and communicated in the beautiful language of isiZulu that got Spotong intrigued.

Manikie's place, unlike many others, is an off consumption (take away) shebeen. Ntate Manikie started this type of business from 2006 after he received his first permit in 2003. He began stocking up at South African Breweries and later decided to begin supporting local wholesalers and still does.

Manikie runs his business from his home where he resides with his wife and brother. His children are grown ups and have long left home. With his authentic taste in music, he gathers his friends and patrons every now and again to enjoy their choice of drinks and get to reminisce on life's happy times. His business really took a turn after he joined the renowned association NTHA: he began taking responsibility for all that he needed to, his management and marketing skills improved and he is able to stick to his operational hours. He opens shop daily without fail. 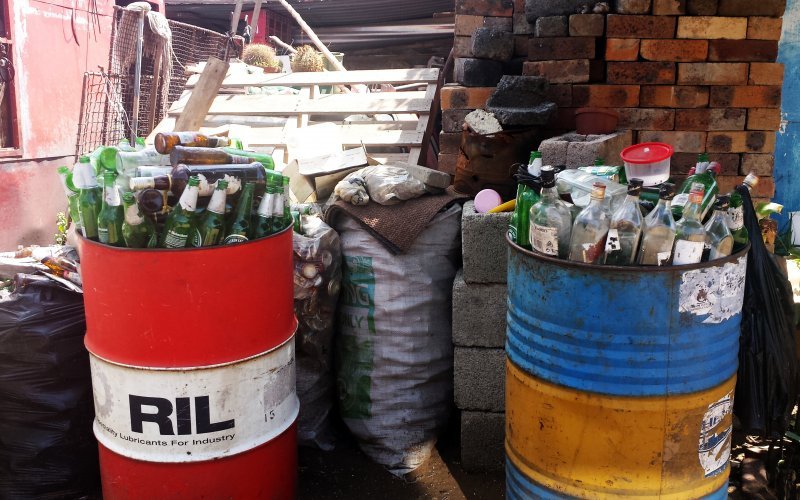 Like any other purpose-driven business, grievances exist, and Manikie had this to say about what he's encountering: "Licences and/or licensing has been the nightmare for as long as I can remember, we are really given a hard time. The government is not in our favour as it claims to be, they make unreasonable demands without work-shopping us as they should, we end up with so little to do in order to advance ourselves, is that their way of subsiding poverty?"

The community of Hlatswayo Street, Orlando East, are forever cautious and on the lookout for crime: they have voluntary wardens of the night, they make no place for oddities. He underwent another voluntary stint by resigning from his last job to start his business. It all began with a case or two of the brand of beer, Lion Lager (“Waar was julle? he asked us, jokingly.)

Ntate Manikie offers the following advice: “Success is simple. Do what's right, the right way, at the right time."