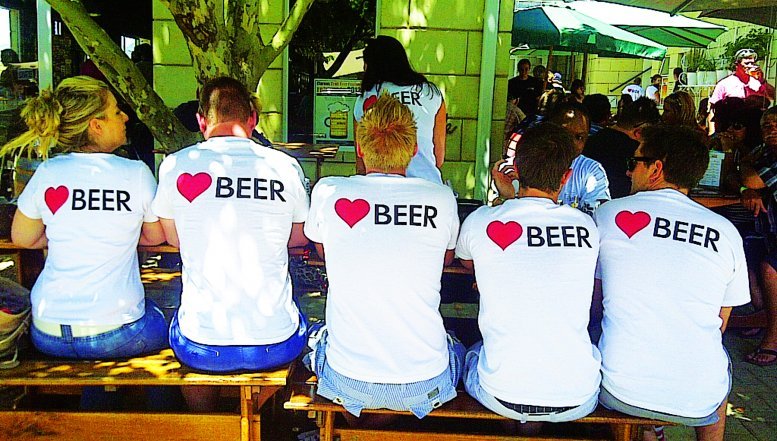 Beer connoisseurs and fundis can now rate, review, discover and share their best beer experiences on the best beers that South Africa has to offer using the newly launched MyBeer app.

In MyBeer app, users can also see the top 10 trending beers as voted by the beer-loving community, in real time, and view prices.

Festival-goers at this year’s third annual Clarens Craft Beer Festival, sponsored by the South African Breweries (SAB), were among the first to become ‘Beer Heroes’ by using the new MyBeer online service subsequent to its official launch.

Beer connoisseursand fundis can now rate, review, discover and share their best beer experiences on the best beers that South Africa has to offer using the newly launched MyBeer app.

SAB’s Chief Brewer, Martin Brooks said: “MyBeer, the new online beer community, was commissioned by SAB to encourage beer lovers to share their beer drinking experiences with each other.  MyBeer is educational, fun and a valuable resource for old and new beer drinkers alike.”

Brooks said MyBeer was spurred by the burgeoning craft beer movement and the growing trend to experience different kinds of beers in South Africa. “SAB hopes that MyBeer will broaden the horizons of beer lovers around the country by encouraging this experimentation and promoting knowledge sharing,” Brooks added.

As part of its support of the Festival, SAB sponsored the Best Beer on Show prizes which were selected through a rigorous Beer Judge Certification Programme (BJCP) tasting. The first prize for best beer in show went to the Red Amber Ale by Chameleon Breweries, based in Hartbeespoort. The second prize was the Natal Chilli beer, made by Mtunzini Brewery in Eshowe and the third prize was the Mustang American Pale Ale from Cockpit Breweries, located in Cullinan. The People’s Choice winner, for the second year running, was the Farmer’s Draught from Rustenburg’s Brauhausam Damm Brewery. All the winners received malt and hops from SAB.

For the Clarens Festival, Sandra Innes, one of SAB’s brewers, brewed four exclusive beers, and enjoyed by more than 3 000 festival-goers.

The Peary, a crowd pleaser at last year’s Cape Town Festival of Beer, fermented with 100% pear juice, had a medium sweetness and was clear and pale gold in colour. The traditional Weiss beer, Sunset Wheat, had clove-like flavours and moderate fruit esters. A Chocolate Stout, called Willy Wonka, was an indulgent rendition on the popular milk stout, while a lighter version, the Chaleur, had fruity esters with subdued roasted flavours of a classic stout.

Proceeds from the sale of the beers and SAB’s popular ‘love beer’ t-shirts amounted to R27 000, were donated to the SAB Boucher Conservation Fund, which is raising funds to register South Africa’s threatened rhino population on a DNA database. The database will create a direct link between a horn and a carcass, making it easier to convict poachers. The campaign, driven by retired South African cricketer Mark Boucher, hopes to raise R1 million in its first year and is on target with more than R300 000 been raised thus far.

The MyBeer app can be downloaded for free at www.mybeer.co.za