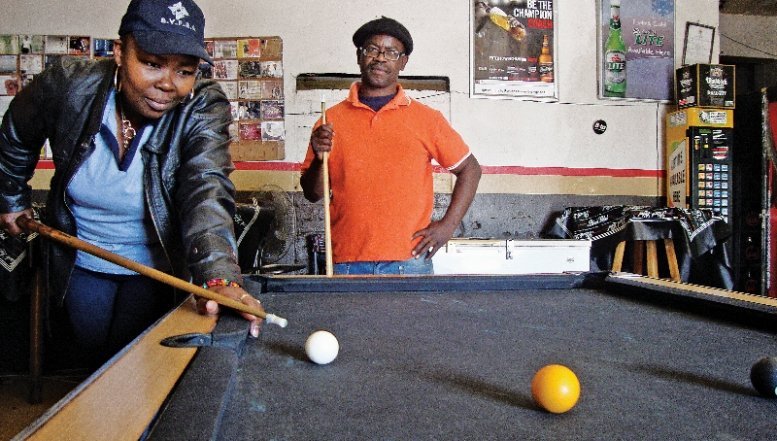 What began as a friendly game between Thohoyandou and Mlamlankuzi Taverns a couple of years ago has now become the Orlando East Pool Masters Tournament.

Held at Thohoyandou Tavern the tournament has, since its inception, featured 10 pool players, competing in a single-elimination format, but in the last year the number of players has doubled to 20. The first round of the event was played in a double elimination and the next round went back to single-elimination.

Thohoyandou Tavern owner Patrick Mtambeleni says pool games attract more customers to his tavern because they enjoy drinking while watching their favourite game. “This tavern plays a big role in promoting pool table games in the area and grooming new players. We are very encouraged because more people are getting interested in the game these days. In the past pool was not a township sport and only played in the white dominant areas,” says Patrick.

What began as a friendly game between Thohoyandou and Mlamlankuzi Taverns a couple of years ago has now become the Orlando East Pool Masters Tournament.

The 39-year-old Russel Rivombo, from the Chiawelo Team, is an experienced and talented snooker and pool player who currently plays for Gauteng South Black Ball League. Rivombo says,“Snooker is like any other sport, the more you play it, the better you get and that’s the key to become a good snooker player. Once you have learnt the technical skills of the game, everything else becomes easy!”

Mtambeleni says anyone who is interested in taking part in the competition is welcome as they are always looking for new, young and talented players that they can groom to become future champions.