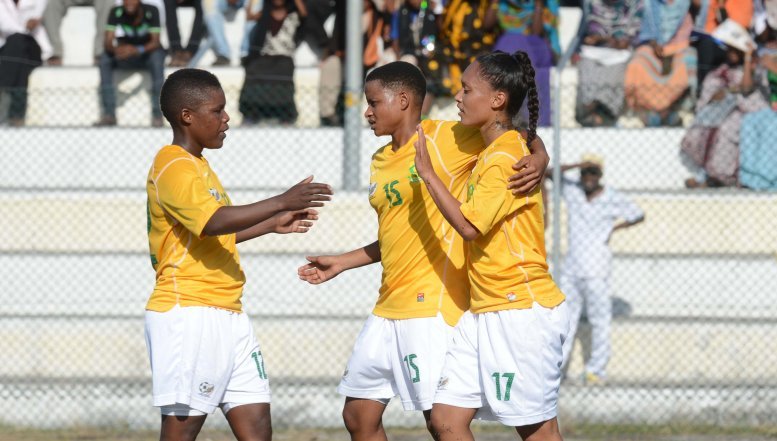 Mention Portia Modise around the dinner table and someone will reminisce about her incredible goal, scored during the 2012 Olympic Football Tournament. Sweden may have defeated the South African squad 4-1 in that game but it was Portia’s goal, scored from inside the centre circle, that stole spectators’ hearts that day.

While many male sports stars often hit the headlines, SA sportswomen and their achievements seldom make the headlines. But there is one soccer star who truly deserves all the attention – Portia Modise.

Portia Modise is a record breaker, holding the honour of being the only African football player to score more than 100 international goals during her career. She claimed this accolade during an October 2014 match against Algeria, a match that formed part of the CAF African Women’s Championship, and from which South Africa emerged victorious, with a 5-1 score.

Portia’s soccer stardom hasn’t come easily to her though. Born in Soweto in June 1983, Portia’s drive towards soccer was evident. Inviting herself to neighbourhood games and quickly moving into league games with the Under 10 Soweto Rangers squad, it wasn’t hard to miss her determined grace on the soccer field. Moving on to the women’s section of Jomo Cosmos and then later the Soweto Ladies squad, Portia was snapped up by Denmark’s Fortuna Hjørring, a women’s association football team, and offered a two-year deal in 2007.

Long before she snatched that deal up though, Portia captained the South African Under-19 squad, Basetsane Basetsane. Portia’s tenacity and unmistakable style led Banyana Banyana coaches to call her up to the national squad, where she’d represent South Africa in the 2000 Women’s African Football Championship. Losing to Birgit Prinz at the awards ceremony, Portia was nominated for Women’s FIFA Player of the Year award in 2005, but that loss was not an impediment to her successful streak. Named Player of the Championship during the 2006 Women’s Africa Football Championship, Portia was also voted in to a top three ranking for the 2006 CAF Women’s Footballer of the Year Award, and selected to play for the All-Stars squad in the match preceding the official draw for the 2007 FIFA Women’s World Cup. 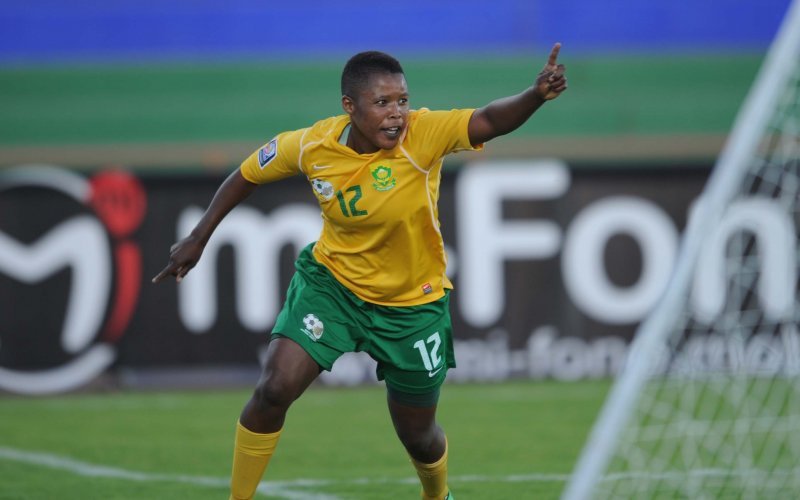 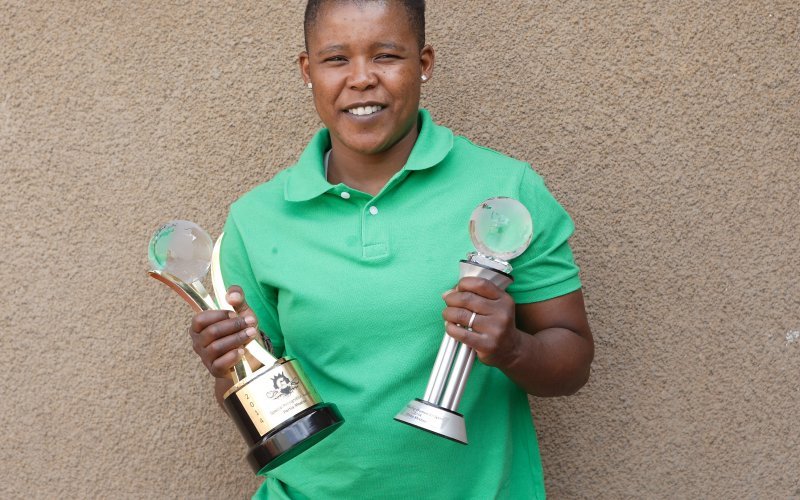 In 2008, Portia announced that she would no longer represent South Africa, as her relationship with then-coach August Makalakalane had hit the rocks. Makalakalane’s career as coach came to a chaotic end in 2011, amidst allegations of sexual harassment and homophobia. Newly appointed coach, Joseph Mkhonza brought Portia back into the squad in 2012, and from there onwards, she shone brighter than ever before.

Hitting her 100-goal record in October 2014, it seemed that the sky was no limit for Portia.  She’d go on to win the Sports Star of the Year 2014 award, beating Olympic Champion Chad Le Clos to the podium and becoming the first woman to ever take home this award.

During a May 2015 press conference, however, Portia announced her retirement from the soccer field, citing her age as a contributing factor. At 31, she had no desire to endure a ‘down time’ in her soccer career, opting to go out on top.

Portia has never been afraid to speak her mind, which makes her far more than just a star on the soccer field.

As an outspoken advocate for both gender equality and gay rights, Portia has not minced her words when required. In 2013, she openly objected to the discriminatory way in which women footballers receive smaller pay cheques than their male counterparts. She also publicly objected to ideas tabled by the SAFA women’s committee to make the female soccer players accentuate their femininity by wearing a tighter kit and attending etiquette workshops. Portia also appeared in a 2011 television documentary that highlighted the atrocious practice of ‘corrective rape’ and how it is directed at lesbians in South Africa, she told the documentary makers that she did not venture out alone at night, because “I know how dangerous it is to live as a black lesbian in South Africa.”

While Portia may not lace up for a tournament anymore, she’ll be helping to mould future soccer stars as they carve their way forward. Through SAFA, Portia will be directing her talents towards coaching and mentoring young soccer stars. Portia has cleared the way, and now she’ll help others put their best foot forward.