From Humble Beginnings to a National Pride 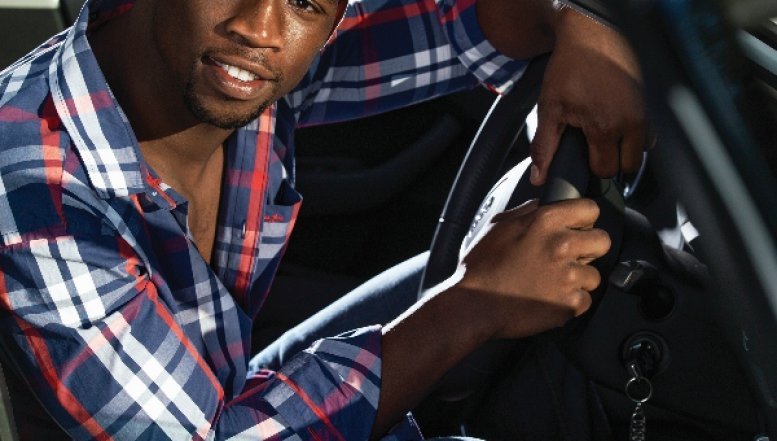 The young Kolisi could only speak Xhosa in a school that only spoke English.  Undeterred, Siya rose to the challenge, not only in the classroom but on the sports field as well, where he  played in all of the major provincial and national age group teams.

At the start of 2012 not many people would have known who Siya Kolisi was. However, just fifty minutes into the 2012 Vodacom Super Rugby season, the rugby world sat up and took notice. Given his break, due to injury to captain, Schalk Burger, Siya grabbed the opportunity and his performances for the DHL Stormers saw him selected for both of the Springbok training camps this year. Kolisi made his Springbok debut on 16 June 2013 against Scotland.

Hailing from humble beginnings, Siya Kolisi’s talent was spotted early while playing for the Eastern Province u/12B team. He played some sterling rugby and was offered a full rugby scholarship.

According to Stormers forwards coach, Matthew Proudfoot, “Siya’s determination to succeed is one of his best traits and he has proved that he can rise to any challenge.He has the technical ability to do well at national level and I believe he is ready to rise to the occasion.”

The 2012 Newcomer of the year at the SA Sports Awards has been branded as one of the fearless young guns in current South African rugby. Kolisi has become known for his jolting tackles that send opponents backwards, long strides with ball-in-hand and a tireless work-rate that marks him for potential future senior Bok status.

Siya is an Audi A3 ambassador and Head of Audi South Africa, Ryan Searle says Siya represents the Audi brand value of ‘Sporty’perfectly and they were very excited to partner with one of South African rugby’s most talented young players.

Donald Makhafola caught up with this 22 year-old talented and unbridled youngster who has had his ambition firmly set on becoming one of South Africa’s prestigious national prides – a Springbok.

How was your upbringing?

I had a happy childhood, despite the hardships, my family always managed to make us happy. After my mother passed away my grandmother looked after us. I was very lucky to have such a strong woman in my life growing up.

How did you start playing rugby?

My uncle and father used to play rugby for the African Bombers rugby club, so from an early age they let me play there. I was not very good at soccer so rugby was my main sport.

What was your dream career before you joined professional rugby?

I have always wanted to be a professional rugby player but teaching also interested me at one stage.

Who is your favourite rugby player in South Africa?

That’s a hard one as I can’t really single out one particular player. I am lucky to play with so many amazing players and to be part of a team like the Stormers.

How did you feel when you were told you have been selected to the national rugby team, Springbok?

When I was told by Heyneke Meyer that I was going to make my debut that weekend, I shook his hand and was quite overwhelmed. I could feel I was tearing up and then the next moment total euphoria.

Since you joined the national team last year, what is your goal?

I would like to play 100 games for the Springboks and to be a great Stormer.

How far would you like to take your rugby career?

Well as far as I possibly can obviously. Once I am too old then I would like to be able to give back and help bring rugby to the townships and rural areas where there is less opportunity for the sport.

Apart from playing rugby, what is your hobby?

I don’t really have an actual hobby but in my spare time I like to sleep, catch up with friends and watch movies.

I like to watch soccer, cricket, tennis and Formula 1.

How do you describe yourself?

I’m sporty, friendly and alwaysready to take on the world. Ha ha!

What has been a challenge for you in your career?

I always try to avoid injuries and to stay positive while I’m injured. It is difficult to stay on the side lines when your team is on the field.

What has been the highlight of your career?

My debut for the Springboks, for sure.

You’re also an ambassador for Audi A3, what do all these achievements and recognitions mean to you?

It means a lot to me that a brand like Audi would choose me to represent them. My achievements in rugby have made my family so proud, which means everything to me.

What advice could you give to a youngster out there who sees you as a role model?

To never ever give up no matter what your circumstances are. Look around you and find someone who is willing to help you improve your life and go for it. Only you can fail, no one can make you fail.

The teams that Siya has played for in his career: