Next time you are in the neighbourhood... 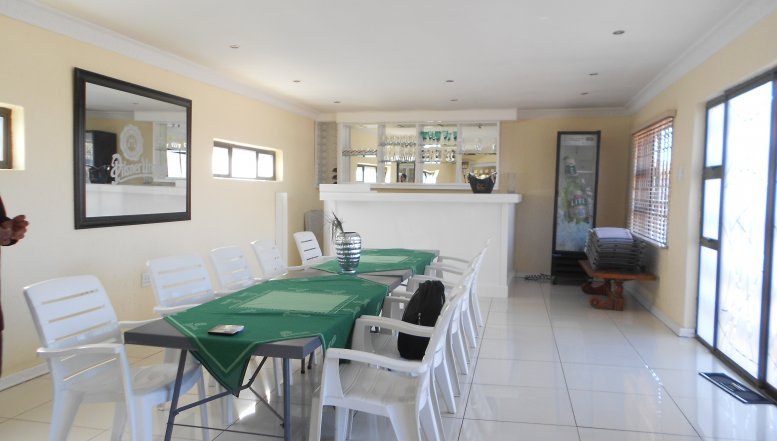 A very simple setup, and not in a bad way, which is quite a gamble in the back streets of Thulane. With a relaxing and laid back atmosphere, Katso's is inspired by tradition and shared community support offering the best possible shebeen experience. Katso's also has a fireplace to keep patrons warm in winter.

We visited four local taverns, all run by women, and discovered great menus, interesting back stories and empowered women who are making a success of their businesses.

It has been running for years and apart from a great selection of beers, the atmosphere is quite homely and welcoming and the prices are reasonable. Katso's tries not to be just a 'shebeen' but a neighbourhood shebeen so it is really worth dropping by if you want to just chill with your friends and family and have a good time. Either way, the real highlight - besides the friendly service - is the beers.

Dimakatso Khala started back in 2002 with a single case of beer, running the business from a family home but thanks to perseverance and dedication, she is now in the process of renovating her establishment to offer more to her patrons. In 2000 she became a member of the National Tourism & Hospitality Association (NTHA) before she even became an entrepreneur and that support from the organisation has made her into the strong businessperson she is today.

Khala's is also famous for their weekend meals. Shebeen food is without a doubt township comfort food, but like most township shebeens, Katso's doesn't have a regular menu. Their food ranges from amanqina and mngqusho to half skop and the like. If in doubt, ask - the local diners will explain the dishes to you. Vegetarians are also catered for.

Like any other business, Katso's Place has had its fair share of hiccups but it is flourishing. Over the years Dimakatso has attended several workshops while serving under the NTHA and in the process she has also acquired a number of formal qualifications. She expressed her gratitude to the NTHA family for supporting her business continuously. 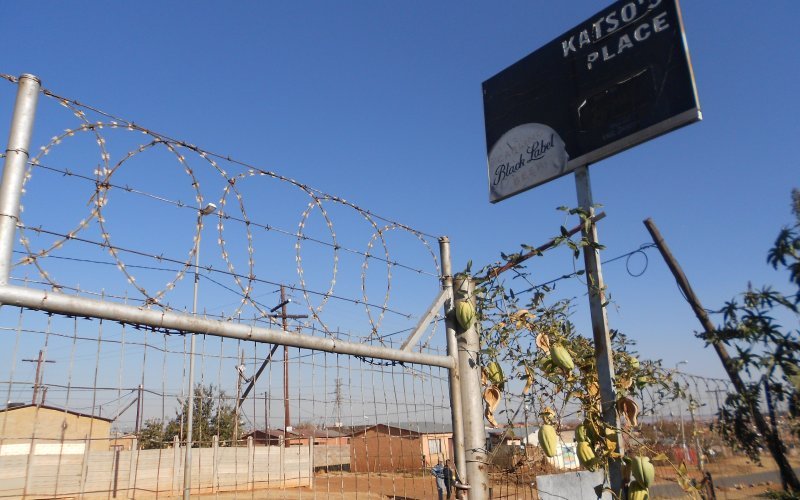 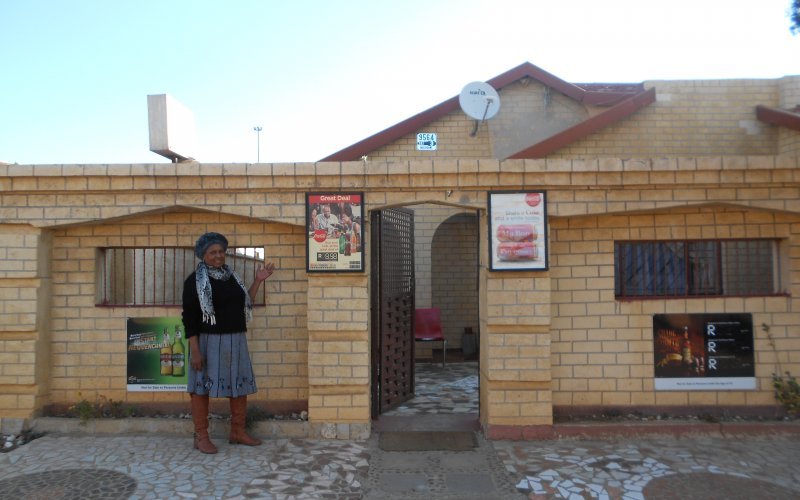 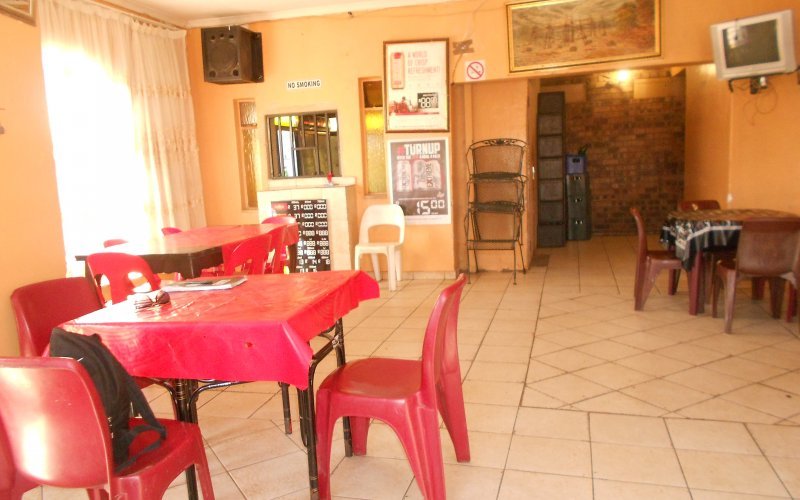 My Lovies is the epitome of a kasi pub and restaurant. The pub has been around for almost two decades and is popularly known for their scrumptious menu and friendly vibe. Sarah Maaroganye started her business selling liquor in 1990 but she later incorporated selling food, which is her passion. Over the years she has taken it upon herself to undergo a catering course to add to her set of skills. She is due to graduate from this course next month.

Realising what important to her patrons, Sarah has forged good relations with her neighbours, that they agreed to provide safe parking for her patrons at negotiable terms, ensuring adequate parking especially when it gets really crowded in the late afternoon. “Being the sole owner of the business and a member of NTHA assisted hugely in how a business like mine is run,” says Sarah. My Lovies is a place you can easily make friends, particularly during local football derbies, commemoration days, and national public holidays when My Lovies fills up, and continues trading until late.

The veteran also makes mention of her key positions as an executive of NTHA and a chairperson of the Braamfisher and Dobsonville branches of NTHA as well. She officially joined the association in the year 2001 and has never looked back. As the business grew, she decided that sticking to catering for a more mature audience - typically jazz music lovers – was, for her, an absolute privilege.

When asked about her food, she answered, “We are rapidly creating a popular reputation for serving excellent, generously portioned, home-cooked food. The menu is changed regularly to suit the seasonal changes, the produce is locally sourced and prepared with great care to deliver exceptionally fresh and inspired dishes, every time.”

Overall, this pub is extremely good value for money, with great atmosphere as well as excellent service.

Stadig place is a great spot to end off your week. Sundays are usually the best days to go, as the music is live and the locals happy. Stadig Tavern is known for its vibrant parties, diverse patronage and, of course, its signature traditional meals.

The place was not overly busy and the welcome was warm. Unfortunately, we could not chat with the veteran shebeen queen Betty Masita who was ill on the day we visited. Her granddaughter spoke on her behalf, speaking fondly of her grandmother’s legacy.

Spotong encountered friendly staff and locals as we got into the neighbourhood. The tavern is run in a family yard and has been so since 1972 when Stadig Tavern was established. Betty has since retired and handed over the reins to her daughter Meisie, who is also an active member of NTHA as well as a few local stokvels. They have a vast selection of beer and cider, plus a good food menu with very reasonable prices.

Stadig is packed over weekends. The establishment has a juke-box and the neighbourhood and the owners have come to the agreement that the loud music is only to start playing from 12pm to avoid unpleasantness between the community and the tavern. The agreement has since been adhered to and works wonderfully.

Meisie Ntswaneng, Betty’s daughter, is also the secretary of NTHA. She is one of the many locals who choose to keep supporting local wholesalers for their liquor.

All in all a great place to grab a bite to eat or a drink.

Named after the owner, here is a tavern that dares to stand out from the rest in the neighbourhood. Mrs Matilda Thili Sehlabane established her modest pub back in 1976, a time in which, she says, “the going was tough”. The idea behind her pub came about with the critical need for a meeting place for her fellow comrades of the time, the struggle heroes.

Thili's place has seating for over 30 patrons inside, and an outside space able to accommodate just over 50 patrons. “Our goal is to offer you a relaxing ambiance with our warm décor and friendly, trained staff,” she says.

What a great place to hang out, get a bite to eat and enjoy the numerous types of beer they serve. During our visit, the owner was very accommodating, the food was great and the staff very knowledgeable on the different beers.

We eavesdropped on a conversation between local customers, and from what we could pick up, Thili's is a great neighbourhood find - no other local establishment compares. One of the locals said that it would be very easy for them to find themselves there until the wee hours of the morning, if Thili's was open until then.

Matilda was open about the strain both she and the business were under when comrades took off to exile during apartheid. However, she stayed on her feet which encouraged comrades to remain loyal to her pub upon their return. “It was exactly like the good old days. I continued cooking their preferred traditional meals as it was many of the things they missed about being home,” said Thili. Thili has also acquired a number of certificates while under the banner of the National Tourism & Hospitality Association (NTHA) and expresses her gratitude to them.

Next time we are in the neighbourhood, we are definitely popping in for more.

The dos and don'ts of the freshest beer

Enjoy beer at its finest and learn to host the ultimate beer-tasting party!

The dos and don'ts of the freshest beer

Enjoy beer at its finest and learn to host the ultimate beer-tasting party!

What is credit life insurance and do you need it?

Be honest … do you always read every word of the fine print in the contracts you sign? You probably have this type of insurance and don't even know it.