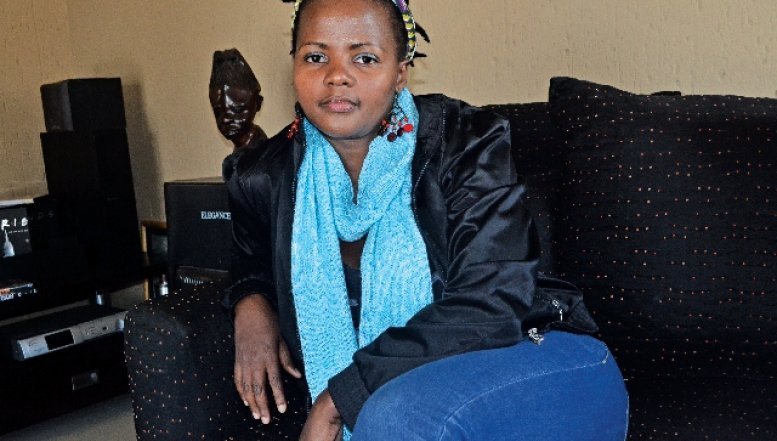 The 36-year-old Pinana was imprisoned for seven years after she was convicted of fraud in 2009. She served for three years and was released on presidential parole in 2012.

She says Elinyi’thuba (meaning another chance) gives former convicts another chance in life by reintegrating them into society and at the same time preparing them psychologically for the outside world.

The organisation aims at eradicating the stigma attached to ex-convicts, especially women. Crime in South Africa is rife and it affects everyone irrespective of gender, race and class.

She says life in prison allowed her to fully comprehend her mistakes. “I have also realised that as a young woman in prison, when you get out, you experience challenges. Some people would find it difficult to accept you back into their lives and this makes you see yourself as an outcast in your family or society.”

Pinana says Elinyi’thuba focuses on reintegrating former convicts into the community, giving them support and helping them find jobs and get their lives back on track.

The organisation also supports women and children who have been abused sexually, physically and emotionally. “We haverehabilitation programmes and counselling sessions for all of them. Is a pity that when people speak about prison, most people think only about men. Women also go to prison, same way as men do, and they deserve a life after prison. Here at Elinyi’ithuba we are preparing them for another chance in life.”

The organisation’s main purpose is to empower and develop young girls and women in correctional facilities and outside through social interactions, and give them business and life skills.

“It is important to prepare inmates for a future and teach them different life skills because when you come out of prison, you have nothing, and without skills, you can’t get a job,”she said.

“Elinyi’thuba’s main objective is giving people another opportunity in life. It does not only focus on former convicts, but in our communities there are people who end up in trouble by making the wrong choices. Through our experiences we are able to guide them not to end up behind in prison like some of us did.

“We also run crime awareness and prevention programmes in our communities, discouraging re-offenders and ex-offenders as well.”

She explains how she lived under harsh conditions with many obstacles at prison, but she was determined to make the best use of her time by studying. And she walked out of prison as a graduate in entrepreneurship.

As part of Elinyi’ithuba’s crime awareness programme, educational tours to prison are organised to get inmates to speak to learners about issues of crime and abuse.

“We also take offenders who are towards the end of their sentences and ex-offenders to visit schools and perform educational dramas and motivate learners,” said Pinana.

Since her release, Pinana has taken the responsibility for corporate and social change in her community. She says her community is stunned by her endurance, accomplishments and remarkable personal transformation.

She believes is important for a community to motivate and uplift each other during adversity and difficult times.

Small businesses grow into medium-sized ones - and beyond

Grow your business with NuPay

Shoprite is giving away R1.4m in prizes to small businesses with the 2020 Hustle Competition

Small businesses grow into medium-sized ones - and beyond

Grow your business with NuPay

Shoprite is giving away R1.4m in prizes to small businesses with the 2020 Hustle Competition