Spotong was given a chance to test two stalwarts of the South African motoring scene over the last few decades, the Nissan Almera and the Toyota Corolla. Both have been, and still are, ever present on the roads of South Africa; testament to the superior build quality that both Nissan and Toyota prided themselves in delivering during the 80s and 90s, but are the newer, more stylish versions of these classic sedans as good as their forefathers? We explore. 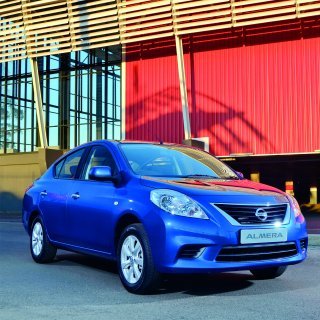 Spotong was given a chance to test two stalwarts of the South African motoring scene over the last few decades, the Nissan Almera and the Toyota Corolla.

The Almera is a decent-sized family sedan that looks quite different to the previous version. The reason for this is that there have been several years between the last Almera and this one. The front end has had a serious facelift and now looks as stylish as some of the best business sedans out there. The overall design and look of the car, although modern, still feels a little behind some of the other competitors in this specific segment. It feels like it is missing that apecial something to make it stand out on the roads, rather than just fade away into the ordinary drone of cars on our roads. Inside the Almera everything is very basic, but very well laid and out it has just about everything you could need from a run-around family car. There is plenty of space and comfort for the driver and all passengers. The Almera has enough space to carry five adults. The boot space is generous and does not seem to impact on the interior space of the car.

The Almera is powered by a nippy little 1.5 litre engine that delivers a rather decent 73kW of power, with a shade over 130Nm of torque. Although the Almera is not designed to win a drag race, it did feel a tad sluggish with the air-conditioning pumping. What was impressive is that Nissan claimed the Almera would get you 550km of driving per 41 litre tank, yet we were able to stretch that to well over 600km. And in a time where the petrol price is climbing faster than we can keep up with it, the extra kilometers certainly help. The drive is incredibly smooth, effortless actually, and exactly what you would expect.

The Almera will set you back around R173 000 and in a highly competitive market, that is a fair price. 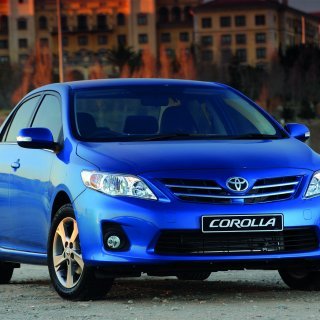 Probably one of the most popular cars in South Africa over the last three decades, it was exciting for us to get behind the wheel of the new Toyota Corolla Quest. The Quest is also a decent-sized family car that has a mighty big reputation to live up to. Toyota has made some marked improvements to the Corolla over the last few years, and some of the changes they have made, especially to the looks, haven’t been so great, but the Quest is a great looking family sedan. Again, we think Toyota missed the boat a bit here with the 2014 Quest, and didn’t quite give it the upgrade in looks we would have hoped for, but that doesn’t mean it isn’t good looking car. The interior is generously spaced and well finished.

The Corolla has always been that car, the one that never lets you down, never breaks down, and even if it does, most people can fix it with a bit of spit and polish. The 1.6 litre engine in the Quest gives the driver just enough grunt to make the drive fun, but it is also a little sluggish up the hills with the air-conditioning on. The Quest, like the Almera, is not designed to set the tarmac on fire, but rather provide the driver with a decent and comfortable drive, which it does with honour. The slightly bigger engine delivers a bit more power and torque, with 90kW available along with 154Nm of grunt. The bigger 55-litre petrol tank was also very economical, however because of the extra power, it was ever so slightly thirstier than the Nissan.

Priced at R179 900, the Quest gives you a good return for money spent and is sure to prove popular with the discerning family man.
As excited as we were to put these two family favourites through their paces, we can’t help but wish we were given six months to drive these cars. It would be nice to see if they are still as great, and also as reliable as the cars that got so much acclaim over the last few decades.