Together in the struggle

Taverns have played a vital role in bringing freedom and democracy 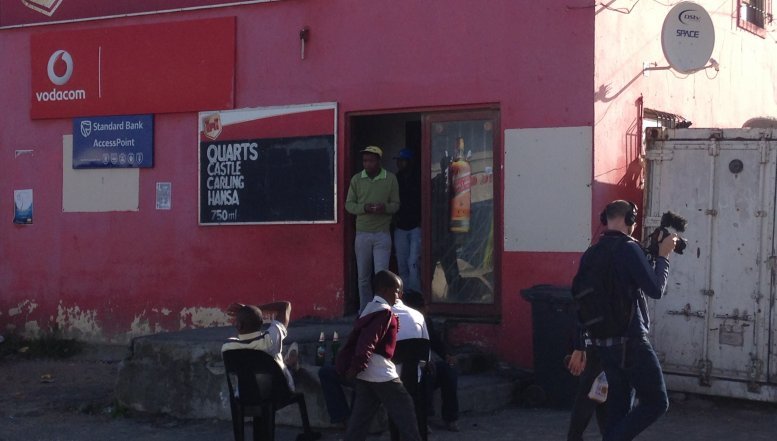 Rowdy, raucous and rumbustious. South African shebeens and taverns are all this, and much, much more.

But they are by no means only places to go to drink and have a great time – over the years they have played a vital role in South Africa’s struggle for freedom and democracy.

During apartheid, shebeens were closely associated with the townships, where they served as meeting places for political activists. It was here, during that dark time in our history, where young opponents of apartheid would meet and discuss their political ideas and ambitions.

Rowdy, raucous and rumbustious. South African shebeens and taverns are all this, and much, much more.

Today, of course, shebeens are better known as taverns, and they are far more a part and parcel of the fabric of townships across the country – places to relax, meet up with friends and socialise.

During apartheid, two events – the 1927 Liquor Act, which barred Africans and Indians from selling alcohol or entering licensed premises, and the Great Depression – resulted in township shebeens shooting up everywhere.

The Depression saw large numbers of poor, landless rural people pouring into the cities, to find work. Many of these people, naturally, were women, and many of these unemployed women turned to the skills they had acquired over many years in the rural areas in order to make a living. One of these skills was beer brewing.

These women were known as “shebeen queens”, and they made and sold beer to migrant workers who could not afford to buy the western variety, or simply preferred traditional African beer.

Slowly but surely, shebeens came to be places where mostly working class urban men could unwind, socialise, and escape the hardships of life for a few hours among friends. They were places where people could come together, and find a sense of belonging.

Understandably, among the favourite topics under discussion were sport (especially soccer) and, or course, politics. The apartheid police knew this, and shebeens were often raided and the patrons and owners arrested.

Shebeens attracted characters and young achievers in the world of music, journalism, the arts and other fields, as well as their fair share of young political firebrands.

One such firebrand was the famous Drum magazine journalist, Ndazana Nathaniel (Nat) Nakasa.

A colleague of Nakasa’s at the time, well-known journalist Joe Thloloe, says while many journalists of the time were heavy drinkers, Nakasa would come to the Classic shebeen where he would drink his half nip of brandy, and leave. “Nat was a natty dresser. He would always be neat, while we smelled of booze and were unwashed,” says Thloloe.

Nakasa had a way with words and all who read his work were impressed by his command of the language and his biting criticism of the system of apartheid.

In 1964, Nakasa applied for the prestigious Nieman Fellowship at Harvard University in the USA and was finally accepted. The government, however, refused to grant him a passport, and Nakasa ended up leaving the country on an exit permit, which meant he could never return.

Lonely, and longing for home, on 14 July 1965 Nakasa ended his life by jumping from the window of a high-rise building. Attempts to bring his body home were fruitless, and Nakasa was buried at the Ferncliff cemetery in upstate New York.

Only a few months ago, after a process lasting many years, Nat Nakasa’s body was finally returned home, and he was buried in a moving ceremony near his home in the Eastern Cape.

Today’s shebeens – or, rather taverns – are different to those visited by Nakasa and other young politicos and journalists of his day.

But, although they may be more organised and upmarket, with big-screen TVs, jukeboxes and single malt whisky and international beers the order of the day, they are still places to go to meet friends, have fun and, of course, talk sport and politics.