SA whisky market on the rise 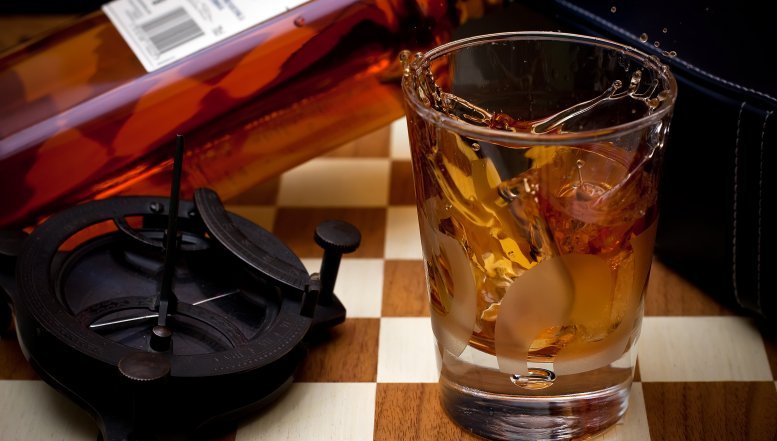 According to the Scotch Whisky Association, which is based in the UK, exports of the golden liquid to South Africa have been declining. In 2010, they stood at R1 951 billion; in 2011, they dropped to R1 911 billion.

According to the SA Wine Industry and Information System, whisky is the fastest growing spirit in the country particularly amongst the growing black middle class, with a 43.2% market share worth R6.6 billion last year.The Nielsen research reported Bell’s, Johnnie Walker, Firstwatch, Black & White and J&B as the top sellers.

According to the Scotch Whisky Association, which is based in the UK, exports of the golden liquid to South Africa have been declining. In 2010, they stood at R1 951 billion; in 2011, they dropped to R1 911 b.

Bain’s Cape Mountain Whisky became the first South African whisky to be awarded this coveted accolade, ahead of those from traditional whisky-producing countries such as Ireland, Scotland and the USA.

“By taking the World’s Best Grain Whisky title we have amply demonstrated that South Africa can make exceptional whiskies. The 2013 title follows last year's win by Three Ships 5 Year Old of the WWA's World’s Best Blended Whisky and puts South Africa as a whisky producing country squarely on the map.”

Liquor producer and marketer, Distell, whose portfolio includes Bain’s and Three Ships, contributed R37 billion to the country’s economy, according to its 2012 annual report.

Three Ships 5 Year old Premium Select was named the world’s best blended whisky of 2012 at the annual World Whiskies Awards. This was also the first time a South African product captured the title.

Meanwhile Distell Group have recently acquired a top-performing producer of Scotch whiskies, Burn Stewart Distillers Limited, for just over R2.2 billion from the Scottish based CL World Brands Limited and Trinidad and Tobago based Angostura Limited.

This will allow Distell to capitalise on the continuing global growth in Whisky consumption and give it access to scarce blended and single malt stocks from prime whisky-producing regions in Scotland, while at the same time enhancing its global footprint.

The deal follows an equal partner venture established in 2007 between Distell and Burn Stewart in which the two parties co-owned and marketed three Scotch Whiskies, Bunnahabhain; Black Bottle and Scottish Leader in Sub-Saharan Africa.

The agreement between Distell, CL World Brands Limited and Angostura Limited involves the purchase of 100% of the equity in Burn Stewart whose portfolio includes three single malt whisky distilleries, a blending and maturation facility, a bottling hall, a dry and finished goods storage site as well as in-house marketing and distribution functions.

Commenting on the deal, Distell Group Managing Director, Jan Scannell said: “Our acquisition of Burn Stewart is a very significant development for Distell from a strategic perspective but also given the rich and proud history and heritage of the brands involved.

"This gives us an outstanding foundation from which to build, while cherishing their individual traditions. Bunnahabhain, the Burn Stewart Distillers’ flagship single malt, is made on Islay, considered one of the most prestigious whisky locations by connoisseurs. There are only eight distilleries on the Island, so we are extremely fortunate to acquire this very highly-ranked brand.”

Scannell said this acquisition would give Distell a springboard into a country with a growing appetite for other speciality drinks the company offers.

"We have acquired a business with a portfolio of strong brands, backed by a sound production and marketing team. Their expertise is integral to the ongoing success of Burn Stewart”, Scannell added.

Managing Director of CL Financial Limited, parent of CL World Brands Limited, Marlon Holder said he was confident that Distell would take Burn Stewart to the next level of its international development.

Managing Director of Burn Stewart, Fraser Thornton said the close working relationship with Distell over the past 14 years has amply demonstrated the South African group's capacity, experience and expertise to strengthen and grow the company.

"We have developed solid synergies with a strong cultural fit between our two entities and are enthused by Distell's plans to recapitalise and advance the business."

The Scotch Whisky Association (SWA) data shows that the global whisky market has been one of the fastest-growing drinks segments and after vodka, is the world's second biggest spirit category by volume.

In South Africa, the whisky market represents a value increase of 70% since 2006, according to information published by SA Wine Industry & Information Systems. South Africa is now the sixth largest market for whisky by volume and seventh, by value.

In the four years since then, it has re-established the brand as a major cognac player in global markets, building volumes by double digits across a range of developing markets.