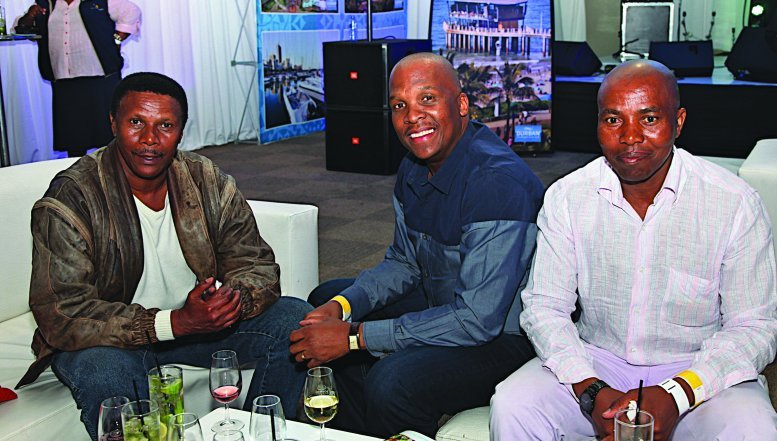 This year’s Soweto Wine Festival was well-attended as close to 9000 people from across the country, sipped and danced to the festivity of music and food for the entire weekend.

Master Chef SA judge Pete Goffe-Wood, who co-hosted the Nederburg Taste Theatre with Nederburg winemaker Danie Morkel on the final evening, said that he was inspired by the response to his filled-to-capacity classes and described the festival as“bloody brilliant!”

This year’s Soweto Wine Festival was well-attended as close to 9000 people from across the country, sipped and danced to the festivity of music and food for the entire weekend.

Marilyn Cooper, co-founder of the festival, said the objective of the event was to create a platform to develop an emerging market of educated and confident wine consumers.

Dave Nobel, Gauteng Area Manager of headline sponsor, Tops at Spar, said the festivalwas a great success and it was good to see a variety of wines on offer. He said in future, Tops at Spar will work with the organisers and the industry to encourage more wineries to exhibit at Soweto Wine Festival.

“Noting that the audience spans entry-level, first-time wine enthusiasts, and those that have attended for the past nine years and havenow developed a more discerning pallet, there is scope for major growth in both the winery sales and consumer touch-points,” he added.

Head of Joburg Tourism, Phelisa Mangcu, said the Soweto Wine Festival is an integral part of Joburg Tourism’s destination marketing strategy, showcasing Joburg from a lifestyle and leisure perspective and positioning it as the continent’s most exciting metropolitan centre.

“The fact that our peers in the tourism industry used this illustrious occasion as a launch platform for their summercampaigns is indeed a testament to this event’s significance and stature,” said Mangcu.