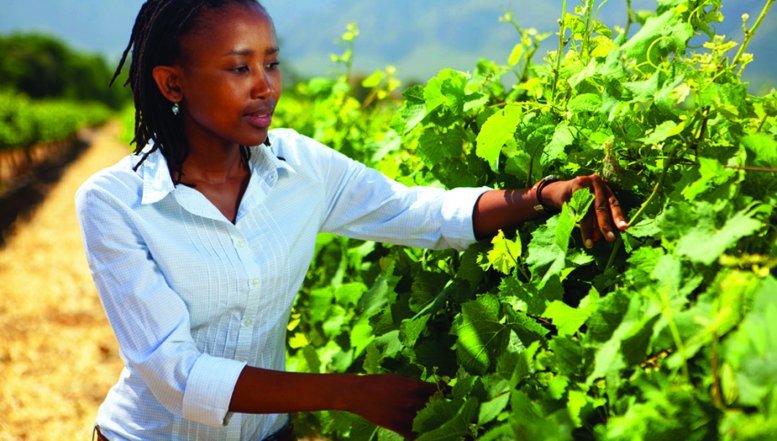 Despite wildcat strikes and labour protests that ensued in the farming sector in the Western Cape over the past few months, the South African Wine Industry remains optimistic that 2013 can still be one of the best harvest years ever.

Chief Executive of Wine of South Africa (WOSA), Su Birch, says all indications are that this year's local crop could be the third largest in recorded history.

“This is assuming that good weather conditions continue and that there is a speedy and peaceful resolution to the farm workers strikes and harvests come in on time.

Despite wildcat strikes that ensued in the farming sector in the Western Cape over the past few months, the South African Wine Industry remains optimistic that 2013 can still be one of the best harvest years.

"The anticipated crop size is, despite a decrease in total plantings, thanks to one of the best winter seasons in the Western Cape for many years."

"The record levels are the result of a more favourable currency, as well as shortage of wines, stemming from a significant drop in the recent harvests of competitor wine-producing nations in Europe, Latin America, Australia and New Zealand.”

SA Wine Industry & Information Systems anticipated that the 2013 wine grape crop should amount to a total of 1 384 357 tons. Birch said that while bulk exports accounted for 59% of volumes in 2012, this was in line with a global growing trend.

She said while packaged wines generally offered higher returns, local producers have been forced to compete globally by providing what the mainstream markets want.

"Obviously we would prefer the accent to be on packaged wines, from a reputational perspective for Brand South Africa, in terms of job retention in the packaging industry and also to maintain sustainable profit margins for producers.

"We are therefore greatly encouraged by the recent growth of packaged exports to North America, Japan, China, as well as several increasingly affluent African nations, all to regions where we have been increasing our marketing investment."

She said the industry had also been buoyed by the growing confidence in South Africa as a top wine-producing country amongst high-profile international critics, whose opinion carried great weight in the global wine business fraternity as well as with consumers.

Regarding farm workers strike, Birch said WOSA regretted the labour unrests that ensued in the Western Cape, and that huge strides were being made to ensure decent working conditions on all wine-producing farms.

"The local Fairtrade office has confirmed that South Africa now has the highest number of Fairtrade-accredited wineries worldwide, with 65% of Fairtrade wines sold globally coming from our country.”

At the same time, there was a steady growing support for the Wine and Agricultural Industry Ethical Trade Association (WIETA), with increasing numbers of producers subscribing to its code of good conduct, she added.

This was particularly after the international market reacted so positively to last year's launch of the WIETA ethical seal that provides a guarantee of fair labour practices in the production of wines in the country.

"WIETA accreditation for rigorously audited fair labour conditions has accelerated since last year and with the increase in producer and worker training sessions scheduled, prior to auditing sessions, we expect many more labels to qualify during this year."

Some of the country's biggest producers have already earned WIETA accreditation for their labels, including Distell, Spier, Fairview and Robertson Winery.