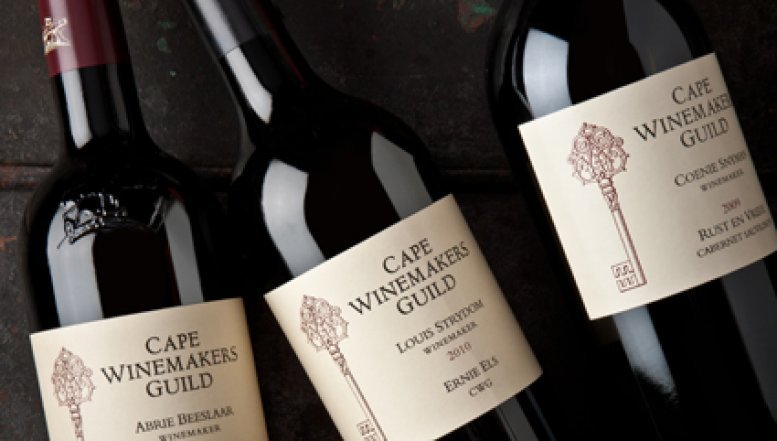 Variety, great diversity of styles and unusual cultivars are the signature of the 29th Nedbank Cape Winemakers Guild Auction with no less than 59 singularly crafted wines – the biggest selection ever – to go under the hammer at Spier in the Stellenbosch Winelands on Saturday, 5 October 2013.

Recognised as South Africa’s leading wine auction open to the wine trade and the general public, the bumper auction lineup features small volumes of unique wines all crafted exclusively for the auction by members of the Guild. With the biggest white wine selection in the history of the Guild and 667 more cases on offer than the previous year, the 2013 auction has more variety and unusual styles than ever before.

Variety, great diversity of styles and unusual cultivars are the signature of the 29th Nedbank Cape Winemakers Guild Auction with 59 singularly crafted wines, the biggest selection ever, to go under the hammer.

“There is definitely a more creative edge to the 2013 auction lineup, showing us that our decision three years ago to revise our selection process for the auction is starting to bear fruit. The substantial increase in white wines offers more choice and we certainly anticipate keen bidding especially from white wine enthusiasts,” says Guild Chairman, Jeff Grier, whose Villiera Meteor Cap Classique 2008 is one of two MCC’s on offer this year.

Making his auction debut is Bartho Eksteen with Hermanuspietersfontein Vloekskoot Sauvignon Blanc 2012, one of three Sauvignon Blancs to go under the hammer this year.

White blends also feature prominently this year with four wines including the new 2012 vintage of Duncan Savage’s Cape Point Vineyards Auction Reserve White and the return of Bruce Jack’s Happy Hour 2009.  Pierre Wahl is back with a new vintage Rijk’s CWG Chenin Blanc 2012, the only Chenin Blanc on offer this year. Nicky Versfeld’s Lanner Hill Double Barrel White 2012 is the only Semillon whilst the Saronsberg CWG Viognier 2011 of Dewald Heyns is the only Viognier.

Amongst the reds, Shiraz with 13 wines and blends with 12 are the biggest categories again this year, followed by Cabernet Sauvignon with five and Pinot Noir with three. Neil Ellis makes his Pinotage auction debut with his Auction Reserve Pinotage 2011 one of two Pinotages on offer this year.

The only Port-style wine and brandy on auction are both by Carel Nel: Boplaas Cape Vintage Auction Reserve 2009 and Boplaas Ox Wagon 1880 Auction Reserve Potstill Brandy.

All the wines have been crafted specially for the auction by members of the Guild and are subjected to rigorous scrutiny by the Guild’s tasting panel and tested by an independent laboratory to ensure that they are free of any defects and meet the highest standards of wine health measurement.

Since its inception in 1985, the Nedbank Cape Winemakers Guild Auction has become a quality benchmark and the CWG label is an authentic assurance of quality recognised by leading wine buyers both locally and from abroad. While the vast majority of buyers at the auction are local, there has been a surge of international interest in recent years and overseas pre-auction tastings will be held again this year in the UK, Belgium, the Netherlands, Denmark and Hong Kong.

Local wine enthusiasts can taste the auction wines at Auction Showcases at the CTICC in Cape Town at 18h00 on Thursday, 22 August and at 18h00 at The Atrium, Nedbank Sandton in Johannesburg on Thursday, 29 August. Tickets cost R170 and are available from www.WebTickets.co.za.