She’s in the Forefront of Transforming Educatio 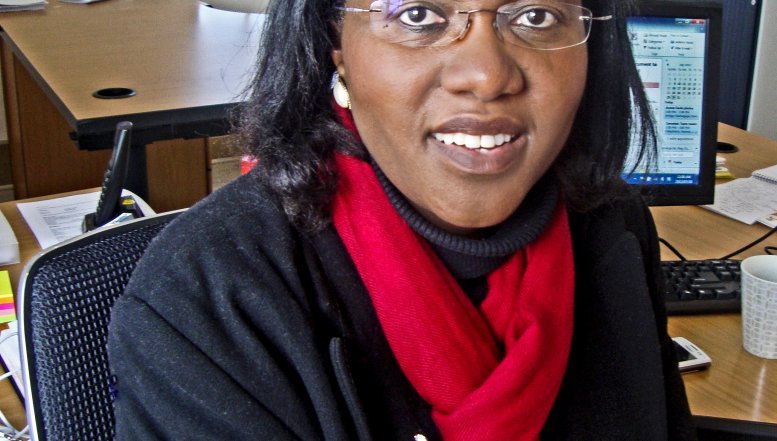 The newly appointed executive director at Bridge, Zanele Twala, is a seasoned manager with a wealth of knowledge about the role of civil society in contributing towards transformation.

She boasts creative skills in fundraising and stakeholder management which she used to elevate the profile and purse strings of ActionAid in South Africa to dizzy heights, leaving them with an entrenched foothold in the civil society sector before she joined Bridge.

The newly appointed executive director at Bridge, Zanele Twala, is a seasoned manager with a wealth of knowledge about the role of civil society in contributing towards transformation.

The organisation connects all stakeholders in communities to promote the sharing of good and effective educational practices so that there can be an increase in trust, a reduction in duplication, a maximising of resources, and an impact on policy so that the education system as a whole can benefit.

Bridge focuses on the areas of school leadership, teacher development and accountability, the socio-economic conditions of learners, as well as learning and teacher resources.

Twala left the country at a very young age when she went into exile with her parents and came back to the country in 1991, just after the release of the former president Nelson Mandela and other political prisoners.

She says the multicultural school in London where she was teaching, presented her with a set of diverse contextual opportunities and challenges which were to shape her professional growth and career for life.

The choices that she was to make in her future career were undoubtedly influenced by the experiences she had in those early years of teaching.

The daily experiences of working with children from ethnic minority backgrounds who were persistently underperforming and the realisation that there are a number of factors, internal and external, that influence educational achievement made her realise how much these factors can either be an enabler or a barrier to a child’s educational success.

These factors range from a child’s socio-economic background, policies and practices that inform learning and teaching to a lack of access to a number of critical ingredients for success.

Twala explains that, “Growing up in a home where both my parents were teachers, made me realise the centrality of teachers in our lives. Teachers play a fundamental role in any individual’s life; they have a great influence in the choices we make in later life.”

Her earlier experiences in education set her on a path and sparked a desire to mitigate the factors which inhibit educational success. After two years of teaching in inner city schools, she pursued a M.Ed Degree in International Management and Policy in Education at the University of Birmingham.

Twala’s educational career spans from an educational researcher, co-publisher of a book and content in a range of educational subject matter to policy-making, policy analysis and directorship roles.

Twala has served on a number of committees and Boards, contributing to their activities through her knowledge and experience in research and management.

These include the Advisory Personnel Committee and the Transformation Team of the Department of Education and the South African Board of the "Slave Route" Committee on behalf of the ANC Parliamentary Constituency.

She served on the Presidential working Group for women, the SA African Peer Review Mechanism Governing Council and the board of the Centre for Policy Studies.

She has also worked at the University of Witwatersrand, the Independent Examinations Board, the National Department of Education, Junior Achievement, The South African NGO Coalition and, most recently, ActionAid International before joining Bridge.

Twala has published a book in collaboration with Michael Cross and Gillian Klein called Dealing with Diversity in South African Education: A Debate on the Politics of a National Curriculum.

She has also contributed chapters in two books titled From Apartheid to Modern Racism: The Case of Open Schools in South Africa, and another titled The Long Shadow of Apartheid Ideology.

Twala has produced a number of research reports focusing on the transformation of South African education in a post-apartheid South Africa between 1992 and 1995.

Twala says the book is dedicated to all women as we celebrate Women’s Month - a celebration of women that made immense contribution into the political liberation of the people. The contribution she made to the book was on behalf of her mother Judith Nomsa Mkwanazi.

“Young girls must know that in the past women did not sit on the periphery and fold their hands - they were part of the struggle. Young women today must carry the battle and struggle further in their own ways. But without a quality education it would be difficult for them to articulate their aspirations.

"Is also disturbing that young girls constitute high level of school drop outs in the country, and my conviction is that we can break the cycle of poverty by providing children with a better education. This would empower and help them to sustain their lives socially and economically as a saying goes ‘when you educate a woman you educate a nation’ and that has proven to be true in my life.”

My father told me he had no money to set up a trust fund for me - but he committed to put me through university where I would get educated and later in life, I would pass that to my children and future generations. In other words that is the trust fund that he is giving me.

Twala says Bridge’s main challenge is funding and they’re planning to forge a partnership with government, they wish government would realise that it’s sitting with money and resources that it can channel to where it’s needed the most.

"Now is the time that as a nation we should start working together. If this government can succeed in providing quality education, more people will get educated and we would achieve the economic liberation that everyone is making a fuss about."

Twala states research has shown that there are a lot of unqualified teachers in the country; who are teaching our children and the blame cannot continue to be laid at the feet of the teachers as they were produced by a dysfunctional system.

Unfortunately, the current system continues to reproduce this state of affairs. It’s quite criminal to have children learning under trees, without toilets – it’s very inhuman and undignified.

“This government has to take responsibility and be accountable for whatever happened in that department. Why do we have cabinet ministers and officials if none of them want to be accountable?

NuPay can safeguard the cashflow of your business, employees and customers!

NuPay can safeguard the cashflow of your business, employees and customers!